Burst Photograph – Tips and Tricks about the Continuous Shooting Mode

When you want to take an aesthetic photograph of sports, burst photos should be the initial choice. Since you have already entered the post-digital era, high speed or action photos are no longer a privilege among sports and car magazines. Just use the iPhone or DSLR camera enables you to get aesthetic burst photos. Moreover, you can also take, view, convert, and manage the burst photos with ease from the article.

Part 1: What is Burst Photo

Burst photo, also known as continuous shooting mode, sports mode, or the continuous high-speed mode. This kind of photography is popularly focused on the subjects in motion. You do not need to anticipate the exact time to press the button on a camera, which can take burst shots or multiple shots at a time automatically.

Initially, it is available to most DSLR cameras only. But now a lot of medium and high-end smartphones have equipped such ability, including iPhone and iPad. But there is a major restriction of the burst photos that the memory buffer fills up within a short period. 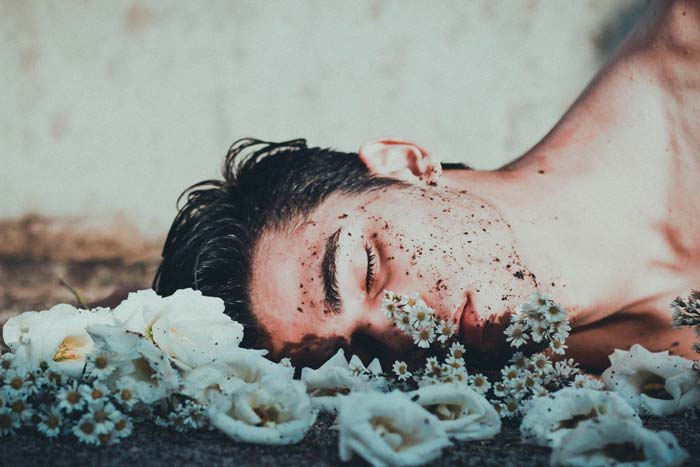 Part 2: How to Take Burst Photos with iPhone

Apple has introduced the burst photo mode into iPhone since iOS 11. You can take such photos without extra hardware. However, it is not enabled by default. Just learn more about the process as below.

Step 1: Open the Settings app from your home screen on your iPhone, tap on your Apple ID and choose the Camera option. Toggle the Use Volume Up for Burst option on. Now, the burst mode is enabled.

Step 2: Go to the Camera app before the motions begin. Then hold down the Volume up button to start capturing burst photos. Keep holding the button for as long as you wish to capture photos.

Step 3: Once you have released the button, go to the Photos to check the taken photos. Since it will take a series of photos, it will save the files in HEIC format to save more space. 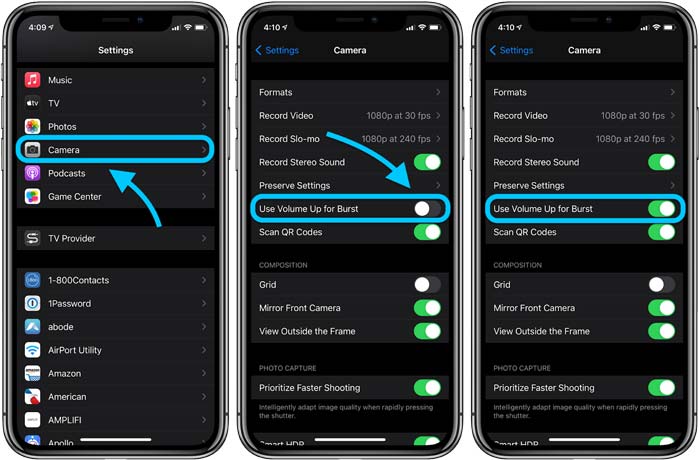 How to View Burst Photo in Photos App

Step 1: Open your Photos app after taking burst photos. Tap the Albums option at the bottom of your screen, scroll down to find the Bursts album. Then you can open the album.

Step 2: Tap a photo that you want to browse, and tap Select at the bottom of the screen. Then the thumbnails of burst photos will appear at the bottom and you can swipe through them to view them.

How to Save Burst Photos

Step 1: To save each burst photo or the favorite one, you can tap all of them in the Photos app. Tap the Done option and choose the Keep Everything option or the Keep Only Favorites option when prompted.

Step 2: The format enables you to return the burst folder and view the files again. Otherwise, your burst photos will be deleted from your iPhone except for the selected photos. 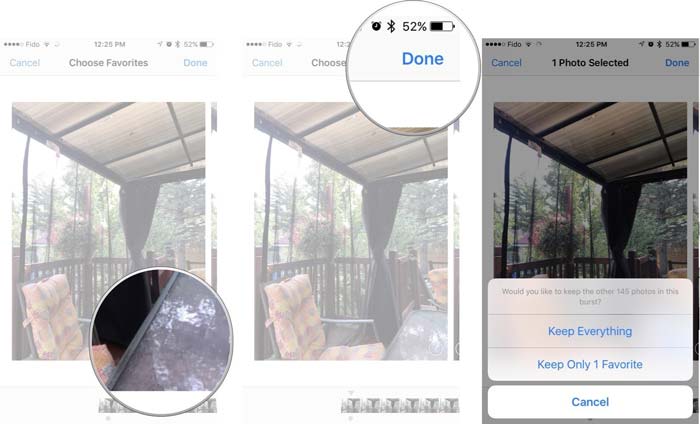 Part 3: How to View, Select, and Convert Burst Photos

Is it possible to choose the desired burst photos; especially you take the photos in HEIC format? Since burst mode takes series of photos, it is not a good idea to save photo series on iPhone due to the limited internal memory capacity. WidsMob Viewer Pro is an all-in-one photo viewer for HEIC files. It enables you to browse HEIC, JPEG, RAW, and more other files. It enables you to view the photos in detail in HEIC or JPEG, and select the desired burst photos in clicks.

How to View, Select, and Convert Burst Photos

Step 1: Launch WidsMob Viewer Pro and click the Import button to locate the burst photos that you need to select, or even drag and drop the files into the program. Then you can view the burst photos, HEIC or JPEG in full-screen, thumbnail, or even check the EXIF files. 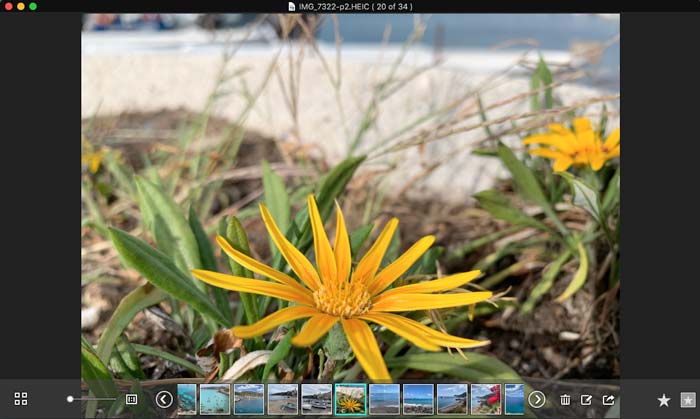 Step 2: To choose the desired burst photos to convert, you can enter the full-screen mode and click the Star icon at the bottom left of the interface. Select all the burst photos you want to convert. Click the My Favorite icon to check the files you have selected. 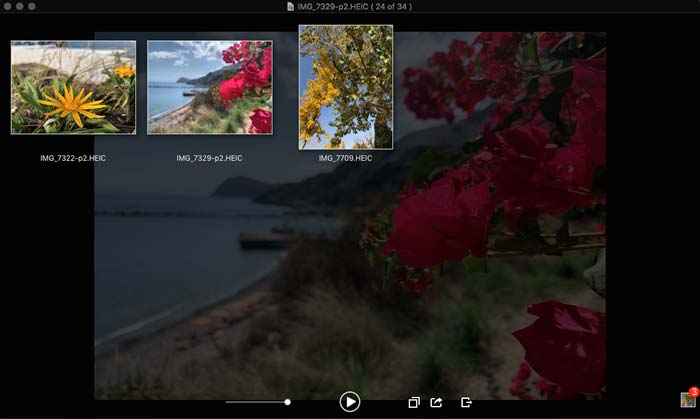 Step 3: Then you can click the Batch button and choose the Batch Convert icon to convert HEIC to JPG on Mac. Just choose the JPEG, PNG, BMP, and TIFF as the output format. Select the destination folder before clicking the Convert button to get the desired photo. 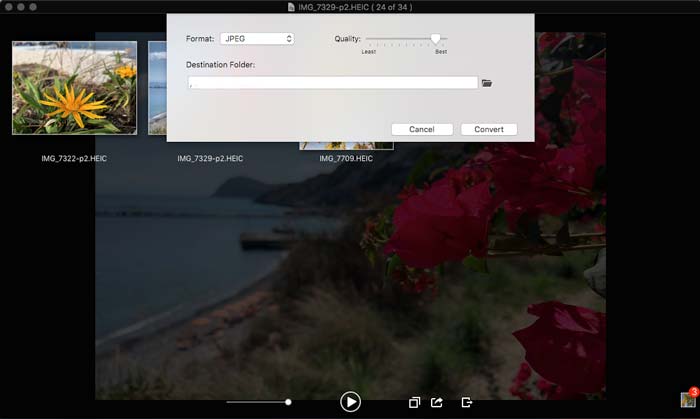 This is the title

1How to Take Burst Photos and Videos on Your iPhone?

Of course, you can simply take burst photos or videos with the Camera app. But there are some alternatives you can take into consideration, you can also use QuickTake to capture short videos and burst photos when you shoot a series of photos on your iPhone.

2Is It Possible to Select Every Picture from Burst Photos?

No. You can only save more than one photo of the burst mode, if you select the photos as keepers, but you cannot select all as keepers at once. But you can move the burst photos to the library by making a selection. It can only export the selected ones.

3What is the Major Difference between Burst Mode and Live Photos?

A Live Photo is a single picture frame plus 1.5 seconds of video before and after the photo. Burst photos are a series of still pictures that you control, depending on how long you hold down or swipe the shutter button. Both modes are suitable to capture action shots.