“I find some gorgeous photomosaic images from Mosaic Photo Reveal. Is there any method to create mosaic photos? I just check all the photo mosaic software, but all of them create a mosaic photo in JPEG, how to create photomontage or photo mosaic in PNG?”

Showcase 100 photos to reveal a special image with special transition and beloved music. You can use the default templates of Mosaic Photo Reveal, which empowers you to adjust the placements and audio files. What should you do if you have to make your photo video montage? You can add similar mosaic photos as Mosaic Photo Reveal alternative to a video editor.

Part 1: The definition of Photo Mosaic/Montage

When you mention photo mosaic, which refers to the transition from one shot or one sequence to the next one. You should know more about photomontage, which should be a photo essay with cut-up and pieced photos. When the photos of the pieces are designed, decorated, and composited to a story with photomontage technique. When you compose a large number of photographs, it is also known as a photo mosaic.

Just in simple, the procedure to composite photographs with different methods to a new image is known as photomontage. But due to the various cut, glue, rearrange and overlap methods, you can make montage photos, mosaic photos, or collage photos. 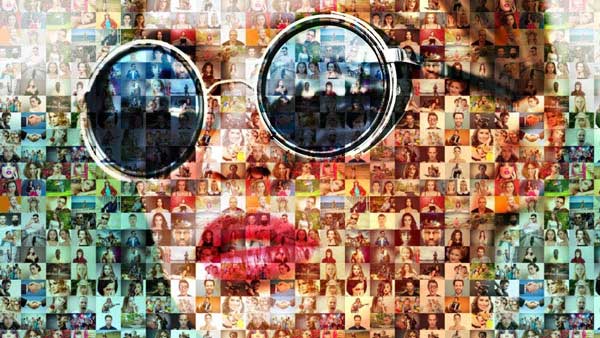 What should be the differences between montages photos, collage photos, and mosaic photos? Usually, you can use the used composition methods to distinguish them from each other.

Montage Photo: Montage photos are photos seamlessly composited as a whole picture. The montage photos insist on its multiple modes within a single frame. The pioneering photomontage techniques are used to create satirical posters and postcards. And the Combination Printing is named montage photo with photos combined. 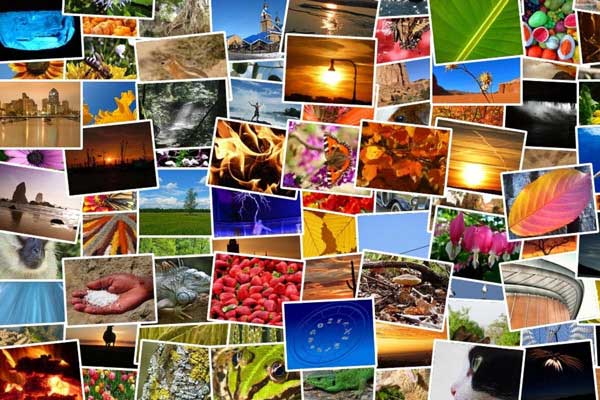 Mosaic Photo: Mosaic photos are made up of small photos, text messages, or other objects. Usually, the superposition effect is used on one image as the montage of a single image, with many micro-images to create a mosaic photo. It should be complicated. 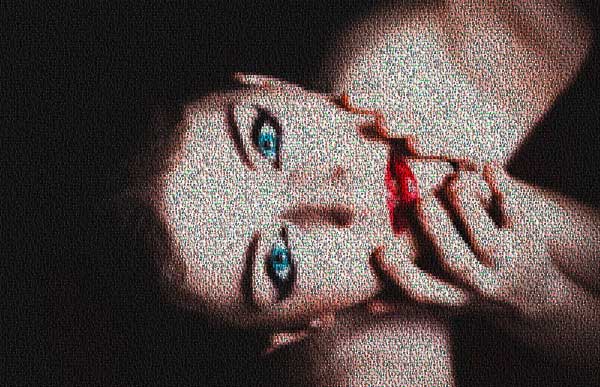 Collage Photo: Collage photos are photos, book clips, frames, and other objects glued together. And photomontage collage usually means paper with pictures. Gathering images in a collage is a great way to present your image library or a snapshot of your life. 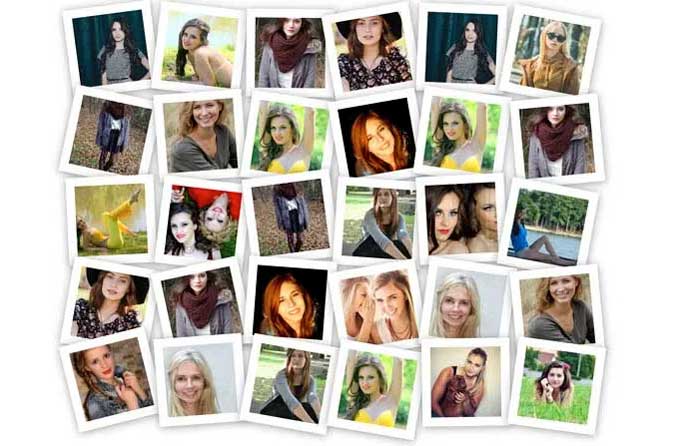 But sometimes it might be difficult to distinguish them from each other when some overlapping composition methods are used, especially for montage photos and collage photos.

When you want to use montage photos with iMovie or Windows Movie Maker, you can use the gorgeous photo collage or mosaic photos made by WidsMob Montage. It is a versatile photomontage maker to realize photo collage ideas and achieve funny photo effects. Just choose the micro tiles to combine a stunning photo mosaic with a stunning effect.

WidsMob Montage should be the best choice if you need to further edit the photos or customize the photo video montage. With the multiple effects provided by iMovie or other video makers, you can create a better effect than the original effect of Mosaic Photo Reveal. 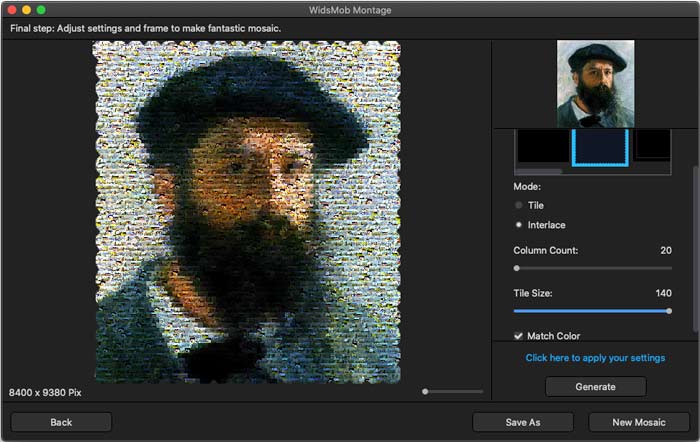 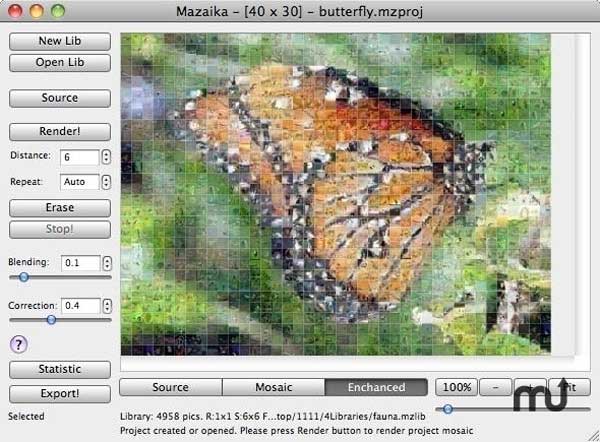 If you do not know how to use photos to make photo mosaic videos as Mosaic Photo Reveal, you can also use EasyMoza, which can create mosaic photos online and provide some default photo video montage (19.95EUR for each template). Here is the comparison between the two programs.

When you create a photo mosaic, you can turn it into a photo video montage with the program. Just check the mosaic photo video of EasyMoza, if you are satisfied with the templates, you can choose EasyMoza as a Mosaic Photo Reveal alternative. 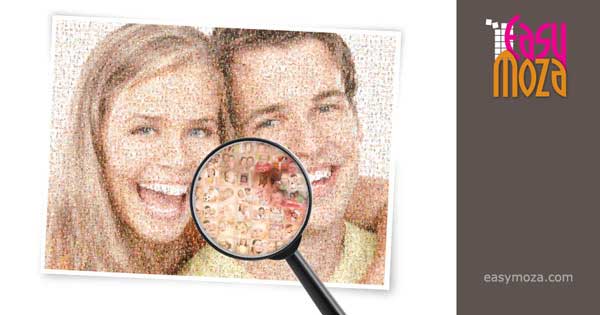 Except for the excellent programs listed above, you can also check the other mosaic photo applications to make desired mosaic photos. And then you can use the great effects provided by iMovie or other video programs to design gorgeous photo video montage as Mosaic Photo Reveal. Just have a try with the programs, if you have any problems, feel free to let me know.

It might not easy to explain the definition of photomontage. When you simply combine several photographs into a composite picture, you might use the wrong technical montage. Don’t worry! You can have a clear idea about photomontage from the article.

The superposition is a photomontage method to the blending of one image into another or the ground does not necessarily undermine the perception of an individual object, provided the familiar objects only overlap or bleed through in the certain area.

For the differences between photographs, especially the edges and gradients between different photos, the techniques of photomontage to processes of tracing edges and contours and looking for at least partial matches to familiar objects.

The montage photos use the method seamlessly composite part of an image to replace the similar part of the other. As for the mosaic photos, the gradients should be the most important to combine lots of micro-images to the large mosaic photo, the more photos are used, the mosaic photo will be greater. A collage photo might not pay special attention to the part.

When a clash or doubling of perspective spaces is not wanted, the common practice is just to crop or erase the signs of location in space surrounding an image and then paste it (or overprint) into the matrix image. It should be the photomontage method to composite a montage photo with horizon and perspective space.

With advanced technology, more and more photomontages methods are used to create images that combine painting, theatre, illustration, and graphics in a seamless photographic whole

Part 5: FAQs about Photo Mosaic You Should Know

1Should I choose an online method to make a photo mosaic?

Since the mosaic photo is a large picture made of pictures when you want to get a printable file. It requires the best bandwidth to make a photo mosaic online, which is the reason you cannot create a satisfying photo. It is difficult to create a photo mosaic with a large size on your smartphone.

2How to create a printable photo mosaic for my office wall?

It is not easy to print a photo mosaic, especially for a large one as wallpaper. Just split the background images into several parts, make mosaic photos for all these parts, and stitch them into a large file. It should be useful, especially when you only have a printer for home use.

3What are the important factors to make a photo mosaic?

Just collect the best photos, including the background images and the tile photos. To design a mosaic photo, you should confirm the size of the photo and decide on the background one. After that, you can use the professional photo mosaic maker to get a stunning photo.

When you have to create mosaic photos or montage photos, you can learn more detailed information about the definition, photo mosaic software, and algorithms to make mosaic. If you have any other queries about photo mosaic or photomontage, you can feel free to tell us in the comments.