How to Convert Old Photo to Digital Format

When you have a large stack of photo albums, it is time to convert photos into digital. As for digitalizing old images, it can save the closet space and keep the memory. Just learn the tips when you transform photos to digital from the article and then try the best way to preserve them well.

There are several methods to digitalize the old photos for your parents or grant-parents. To preserve the best quality of the old photos without any image noise, here is the ultimate method to convert photos to digital formats below.

To digitalize old photos, you have to organize them beforehand. It should be a method to protect the old photos. Here are some tips to prepare images before digitalization. 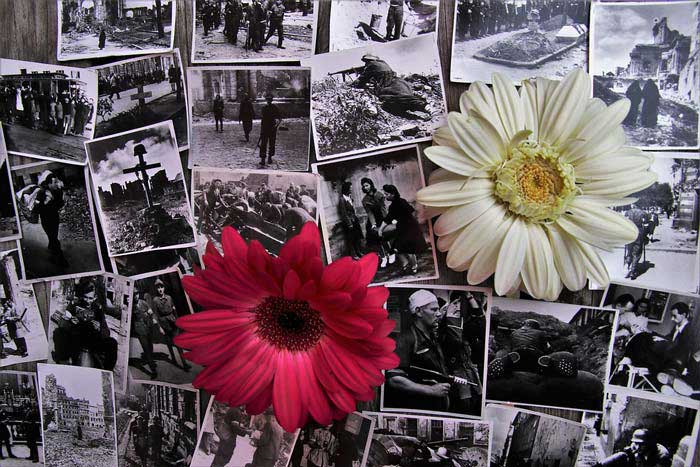 Part 2. Scan for the Best Result

Just as mentioned, there are several ways to convert old photos to digital ones. You can take an image with a camera or scan the photo digitally. Scanning images is a time-intensive operation, but it preserves the details. Just keep in mind the following tips before converting photos to digital files.

If you have a good scanner, you can turn photos to digital in good quality. Are these all you need to do? Definitely No. It is only the first step to convert images to digital. You can do further action to get better results and preserve them well. 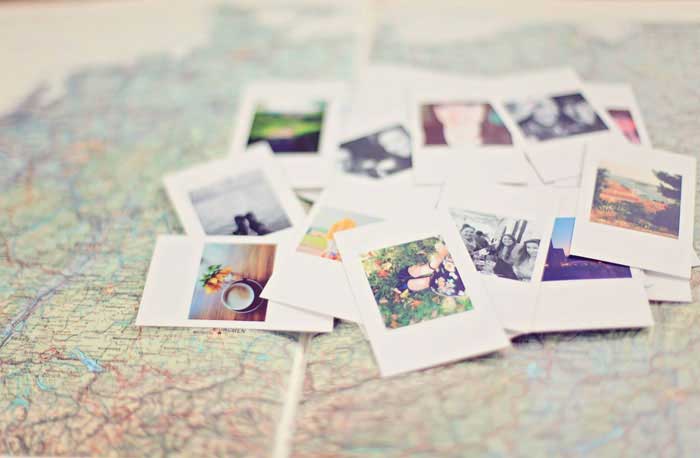 Some extra steps you do to convert photo to digital is more important. As for converting images to PDFs, you might require every detail for business. When you change them to digital, it is better to preserve them. 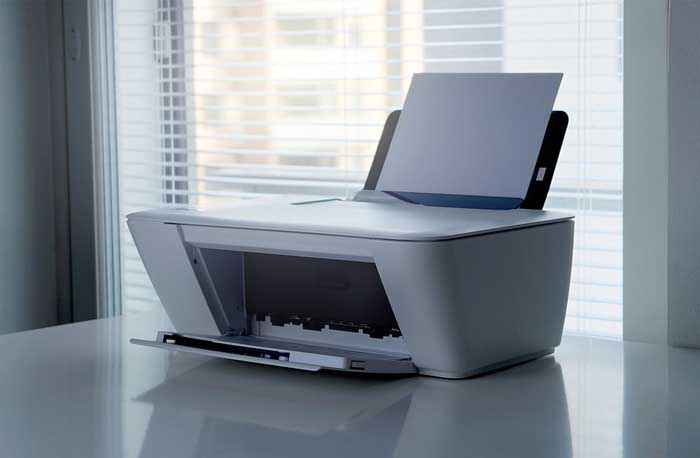 To get the best result for digitalizing old photos, you should further edit the images with some excellent programs. What should be the best method to retouch photos? WidsMob Retoucher is the photo beautifier you should take into consideration.

Step 1: Reduce noise for old images. The Denoise feature can reduce the noise of photos. Due to the technology restriction, the old camera or the time will add grains to the pictures. 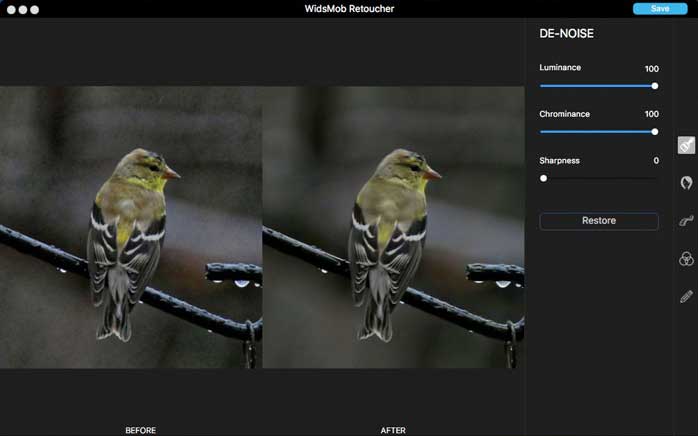 Step 2: Optimize portrait images. Once the program detects the portrait of the image, you can optimize the photos with skin smoothing or skin whitening without any imperfection. 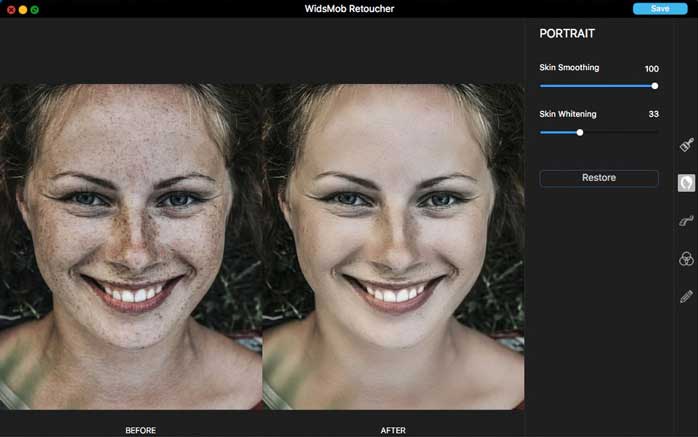 Step 3: Adjust the parameters. As time removes the original color of the photos, you can adjust the saturation, contrast, brightness, temperature, and tint for the images. 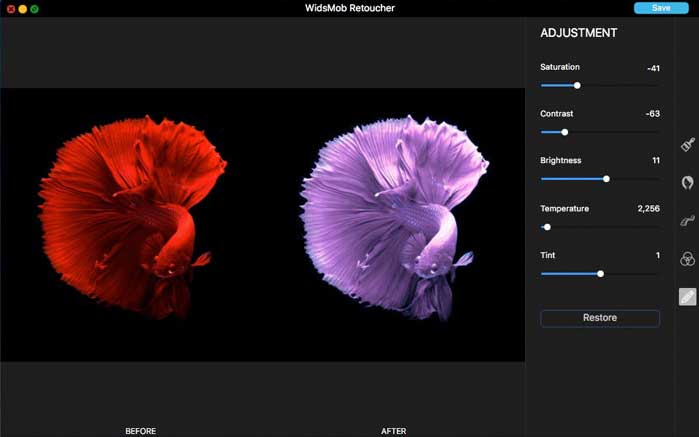 Step 4: When you need to discover the effects for analog film, you can also use the film pack function to add different photo filters with stunning photo effects or show the artistic photos for the digitalized images. 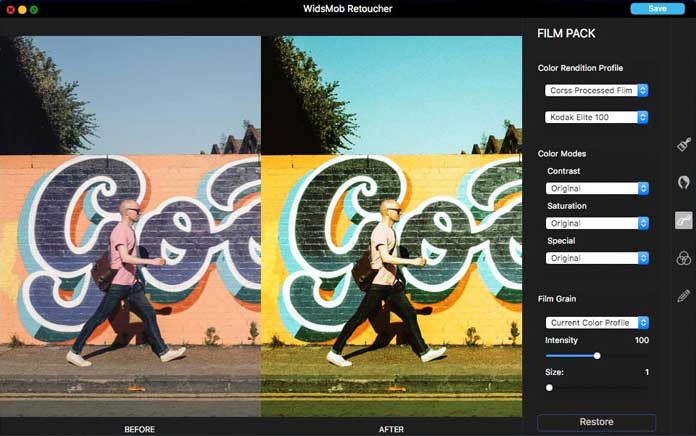 It should be the ultimate step to convert photos to digital. What is more, you can also discover the different effects of the images. After that, you can share the pictures on social media websites.

With the popularity of smartphones, digital photos have become a way to save memories and moments. Scanning printed photos to your smartphone with a photo scanning application would be easier than using a professional scanner connected to the computer. In the following, we will introduce the top 5 photo scanners that utilize the smartphone camera to capture the print photos for your reference.

Genius Scan is a scanner in your pocket. The application can turn old photos into PDF or JPEG files. Like the other photo scanners, you can also access page detection, perspective correction, and image enhancement features. When you need to scan a large number of photos, you can also use the batch process to scan photos in a matter of seconds. And you can organize your documents with titles, tags, and powerful searches with the photo scanner.

It is a PDF scanner and an image scanner, which offers some excellent features to the scanned photos. You can add watercolors, tags, and signatures to the images. It is a photo scanner to digitalize pictures and share them on social media within the program. And it also works with Dropbox, Box, and other applications. Once you scan the images, you can use another application on your smartphone for further editing. 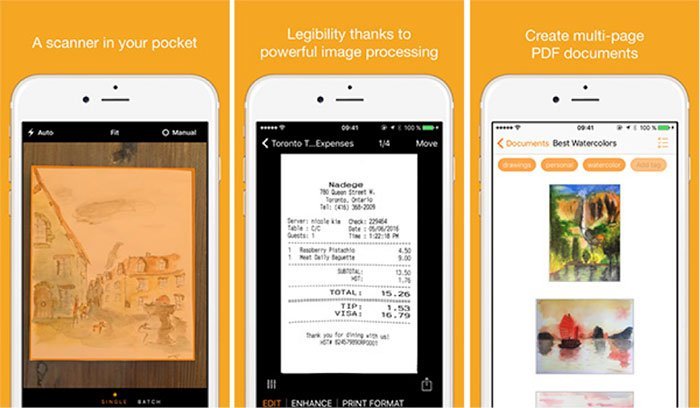 But if you want to capture a high-quality photo, you should scan it in a well-light room and put the image on a plain, single-color background. Pic Scanner could capture four pictures at one time. And if you take multiple photos at once, remember to leave at least a half of inch gap between them. Then Pic Scanner will crop the images and enhance them automatically. The Photo Scanner also offers some filters. Pic Scanner could do such a thing on smartphones though the photo quality is not as well as hardware scanners. There is also a paid version that will not limit the usage and offer more features. 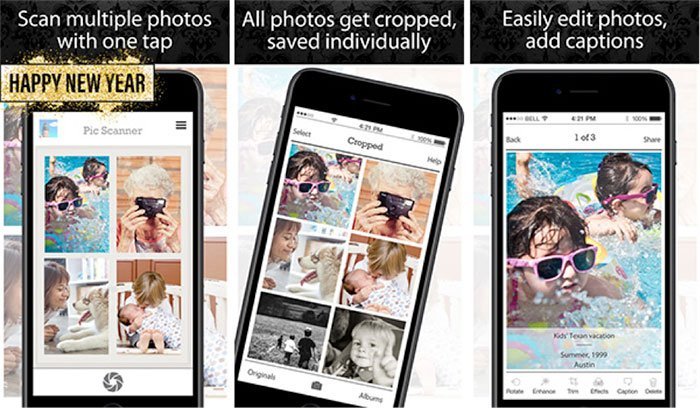 CamScanner is one of the top-rated scanners in the Play Store. It is famous as a document scanner instead of a photo scanner. But we can use it as a photo scanner as well. The feature of CamScanner is Gray Mode. When we capture print photos in a room, it is unavoidable that the light will reflect on the surface of the image. But the Gray Mode will weaken the reflection and make it unnoticeable. Other features of CamScanner include cropping and control tools. We can correct the crook part with the cropping tool and adjust the contrast with the control tool. The photo scanner supports various third-party storage devices like Box, Dropbox, OneDrive, Evernote, and Google Drive.

Although CamScanner allows users to enhance color, it is a utility app, not an art tool. Unfortunately, CamScanner will save all the files as PDF as a document scanner. But the high-quality features are strong enough to let us ignore that. If you want to extract the text from the photos, you can use the excellent OCR (Optical Character Recognition) features. 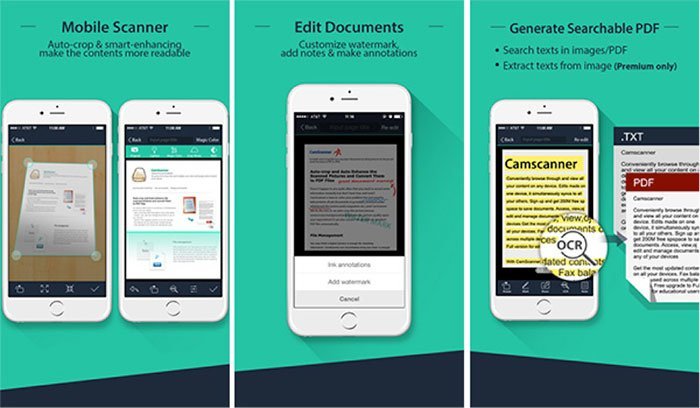 Shoebox is a photo scanner app. It is the extent of Ancestry.com that is an online family tree service. You can register an account on Ancestry.com and upload the scanned photos to your family tree from your smartphone directly. When capturing old images, it will detect the photo edges and correct the perspective. After scanning, Shoebox allows us to edit the information of the photo, like adding a name, the place, and a caption. The photo scanner does not offer editing features, like adjusting color and contrast or filters. But that makes it a simple tool and easier to use.

There is a tip about Shoebox: do not share the scanned photo from Shoebox directly. Save them to your Camera Roll and share the images from there. You will find that Shoebox saves a better resolution in Camera Roll. What is more, the photo scanner also carries every photo you’ve ever taken in your pocket or on your tablet without taking up space on your iPhone or iPad. 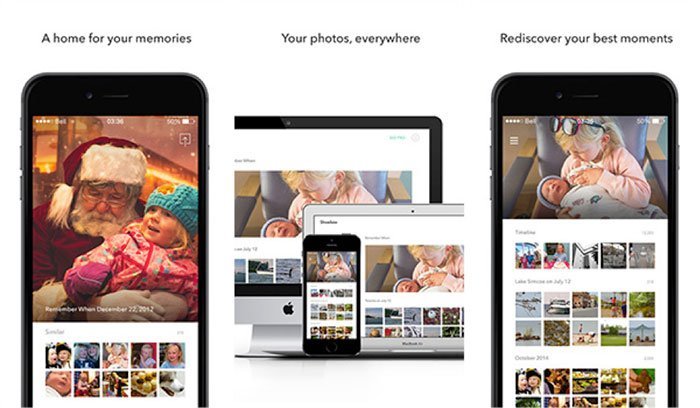 PhotoScan is from Google and makes digitizing printed photos easier. This photo scanner is free and available in Play Store and App Store. Before shooting the old photo, place it on a plain surface. PhotoScan will find the frame of the image automatically. You can move your phone around the pictures to get more information under the instruction. After passing successfully, this photo scanner will capture the photo and reduce the light reflection spontaneously. Users could save the result on their phones or Google’s cloud service.

The most powerful feature is PhotoScan will analyze the photo and shoot it multiple times. The scanned image is high quality because this photo scanner will merge the different versions of the same picture. To simplify the process, PhotoScan will crop, stretch and rotate the photo automatically. It will also remove the glare from the image. And after capture, users could also adjust the images. 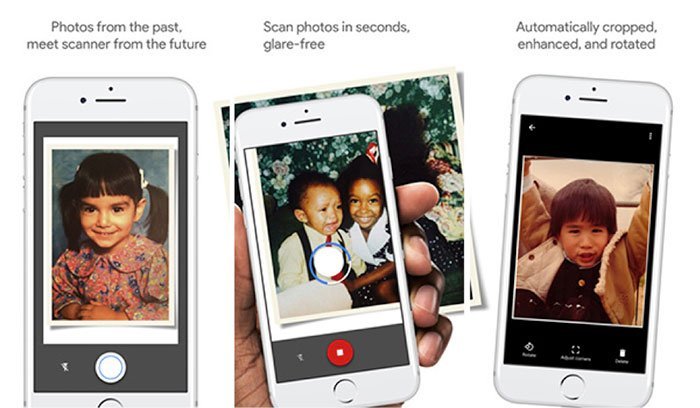 Based on the introductions above, you can see that the photo scanner on the smartphone is strong enough to capture the old print photos and transmit them to digital ones. All you need to do is place the image on a flat surface. And the photo scanners will do all the work for you, like finding the edge of the photo, stretching and rotating the image, and removing the glare and light reflection. So the next time, if you want to scan an image, take out your smartphone and shoot it.

To convert photos to digital, you can prepare and scan the images. Choose the best result, and optimize it with a professional retoucher. To have the best results for digitalized photos, you can follow the guide to get the desired image with ease.