4 Easy Ways to Convert Photo to Vector Graphic in 2020

To start with, let’s figure out differences between vectors images and bitmap images. Well, you can also know what vector file is and why you should convert photo to vector.

Question 1: What is a Vector Photo?

Actually, most pictures you found online are bitmap images, or you can say raster images, like JPEG, PNG and more. Compares with vector photos, raster photos use square pixels to convey a photo. Thus, when you enlarge a bitmap image, its lines and curves will be jagged and blurry.

However, vector images can preserve the original resolution and shape without destroying. Because vector drawings are completely computer-generated.

Question 3: When should I vector my image?

Because of the clear lines and contours, vector graphics are widely used in logos, recognizable photo, clipart, tattoos, decals, stickers, T-shirt designs and more. In a word, if you want to get a lossless photo, then vector graphics can be your first choice.

Launch Adobe Illustrator CC program on your computer. Choose “Tracing” from the workplace on the top right corner. Later, you can get a panel named “Image Trace”. Click “File” option on the top toolbar. Select “Open…” from its drop-down menu. Then you can import a photo in JPG, PNG and other image formats.

Use your mouse to draw an area on your artboard. Then head to the “Image Trace” panel. Tick the small box before “Preview”. You can get extra settings while operating. Well, it may lag the speed of Illustrator. The “Preset” list offers auto color, high color, low color, grayscale and black and white. You can choose one preset you like. Moreover, Illustrator allows users to adjust color complexity and advanced sliders, including paths, corners and noise. When you are satisfied, click “Trace” to move on.

Find and click “Expand” option on the top of the window. As a result, Illustrator will convert photo to vector art and replace your original picture. Later, you can choose “Save As” from the “File” drop-down menu. Set “SVG” as the output vector format. 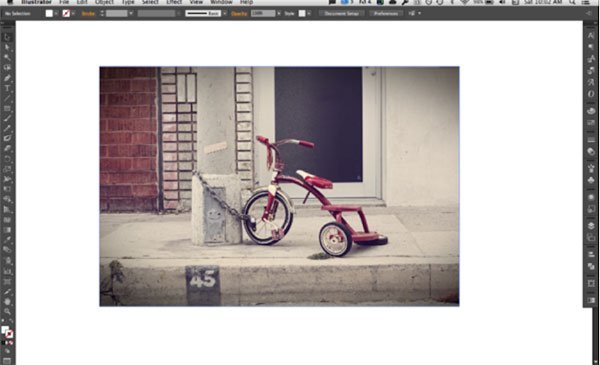 Open Adobe Photoshop on your Windows or Mac computer. Choose “File” option on the top. Select “Open…” from its drop-down list, and then browse a photo to import into Photoshop. Click “Open” to confirm.

Step 2: Select the certain part on your imported photo

Click the “Add to Selection” option. It locates on the top toolbar with a plus and brush icon. If you are not sure, you can hover your mouse over those icons to find the correct one. Then draw the object you want to convert to vector Photoshop with a dotted line.

Click “Paths” from the “Window” drop-down menu. Click “Make work from path” button on the bottom of the “Paths” window. Well, this button looks like a dotted square surrounded with smaller squares. After that, Photoshop will start to convert photo to vector graphic.

Then choose “Export” from the “File” list. Select “Paths to Illustrator” from its submenu. In the “Export Paths to File” window, enter a new name and then click “OK”. Browse a destination folder, then choose “Save” to confirm and export the vector photo to the hard drive. 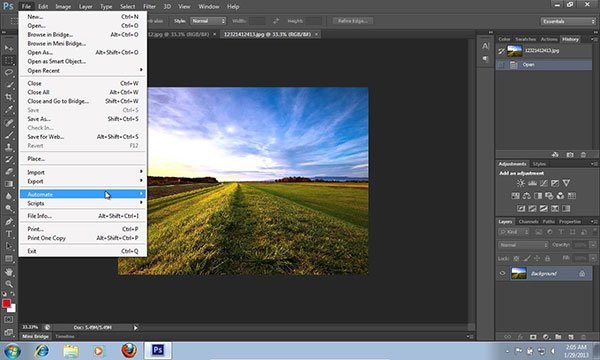 Search and open Vectorizer in your web browser. When you enter its main interface, choose “Upload Image” icon to add a photo. Be aware that its maximum photo size is 1MB. What’s more, the supported input formats are PNG, BMP and JPEG.

Wait for a while to complete the photo to vector conversion. You can get an auto-converted vector image under the “Output” section. If you are not satisfied with the result, you can adjust with “Color Groups”, “Order”, “Grouping”, “Max Colors” and other features. Zoom in and zoom out the picture to get more details. Every time you make a new change, you can click “Vectorize” button to preview. At last, click “Download” to convert photo to vector online and save into your computer. 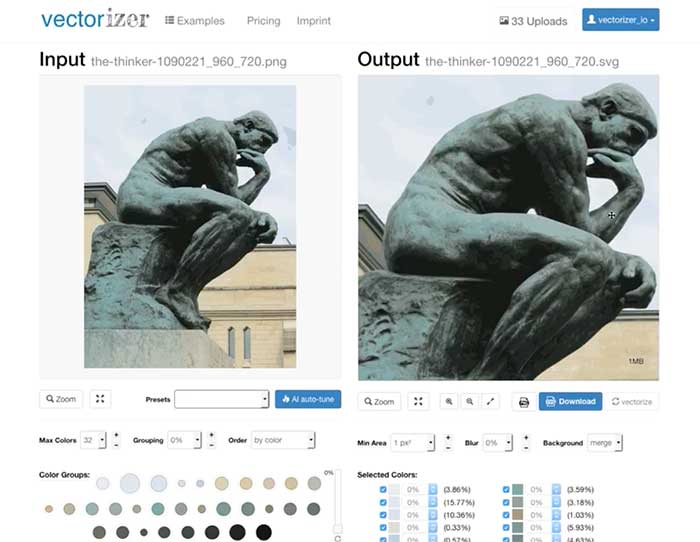 Part 4: Convert Photo to Vector with GIMP and Inkscape

Step 1: Crop a picture in GIMP

Free download and install GIMP and Inkscape. Add your target picture into GIMP.

Choose one select tool to draw the part of the image you want to convert to vector art. Then select “Crop to selection” from the “Image” drop-down list. Consequently, everything excepts your selected part will be removed.

Step 2: Export the file from GIMP

Choose “Autocrop Image” from the “Image” menu. As a result, GIMP will tighten up your selection. Later, click “File” option on the top of the screen. Choose “Export As…” from its list. Leave the settings as default and give it a new name to distinguish from the original photo.

Now head to Inkscape and import that photo. Select it and then choose “Trace Bitmap…” from the “Path” list. A new window pops up. You can get several photo vector modes and preferences. Then click “Update” to save the change. Choose “OK” when the process ends. Later, you can use the “Edit paths by nodes” filter to adjust the vector image slightly. Finally, choose “Save As…” and save the photo as SVG format.

Recommendation: All Round Photo Converter with Batch Process

If you are looking for a batch photo editor, then WidsMob ImageConvert can be your smart choice. Equipped with powerful features and easy to use editing tools, even novices can process photos in high quality with ease. 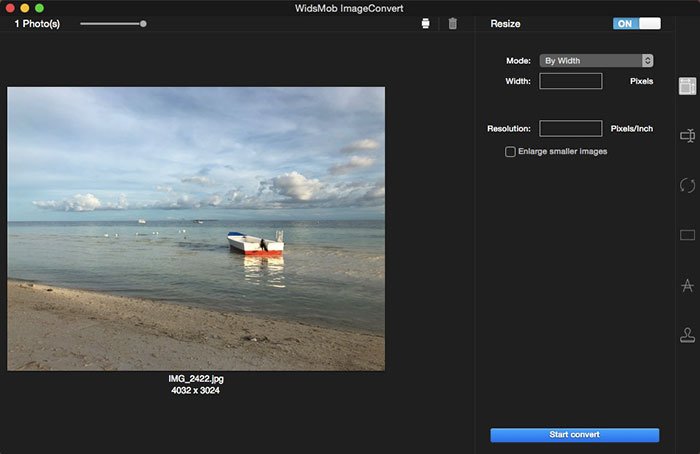 That’s all for how to vectorize an image in Illustrator CC, Adobe Photoshop, Vectorizer, GIMP and Inkscape. If you have any good method to convert photo to vector drawing free, please don’t hesitate to contact us.