As technology developed, taking and sharing regular photos already became history. The future belongs to interactive images and 360-degree images. And Facebook has started to support to share 360 photos steam in 2017.

When we talk about 360-degree photos, some dedicated cameras, such as Samsung Gear 360, LG 360 Cam, and Panono, may emerge in your mind. However, compared to these expensive dedicated cameras, you'd better use a smartphone to take a 360-degree photo. The cameras built-in latest smartphones are competent with this task. And some professional apps could help you take a 360 photo with your smartphone. Therefore, this article will introduce how to take 360 images on a smartphone and create your own 360 panorama with the best panorama apps.

Part 1: How to Take 360 Photos on iPhone, Android or Camera

Google has developed a dedicated 360-degree photo service, Google PhotoSphere, and bundled it to the Google Camera app. If you have installed Google Camera on your Android phone, you can utilize this excellent photo app to take a 360 photo. When it comes to the details, you can follow the steps below.

Step 1. Open the Google Camera app on your Android phone.

Step 2. Swipe the right screen, the services menu will show up. Select Photo Sphere that is usually the first one on the menu list.

Step 3. After Photo Sphere is loaded, hold your Android smartphone vertically and close to your body to prepare to take a 360 photo.

Step 4. There is a blue dot and a circle on the screen. Adjust the camera angle until the blue dot moves to the circle center.

Step 5. Grasp your smartphone steadily. The app will detect and show up the frame of the scene.

Step 6. Move your smartphone around gradually and follow the dots through the scene you want to shoot.

Step 7. After capturing, tap on the checkmark at the bottom. And the app will deal with the 360 photos automatically.

Step 8. You can enjoy the 360 photo taken by Google Camera in photo gallery after a few seconds.

Excellent camera technology is one of the iPhones’ advantages. Most people use iPhones because the camera can capture a clearer picture. And it is much easier to take 360 photos on iPhone, for the built-in camera app can shoot panoramas. Make sure that your handset is iPhone 4S and later. Otherwise, you cannot enjoy the panoramic shots feature.

Step 1. Unlock your iPhone and open the built-in Camera app.

Step 2. Touch and scroll the menu bar until you find PANO Panorama Mode. This mode is available for both front and rear cameras.

Step 3. After activating Panorama Mode, you will discover a preview frame. And an arrow appears on the screen. It means the shooting direction from left to right by default. And you can tap on it to change it.

Step 4. Adjust your iPhone and click on the Shutter button to capture a 360 photo. You can move your iPhone along one line.

Step 5. After capturing, you can use the camera app to stitch them as 360 photos.

Step 6. You can find the output in Camera Roll on your iPhone. 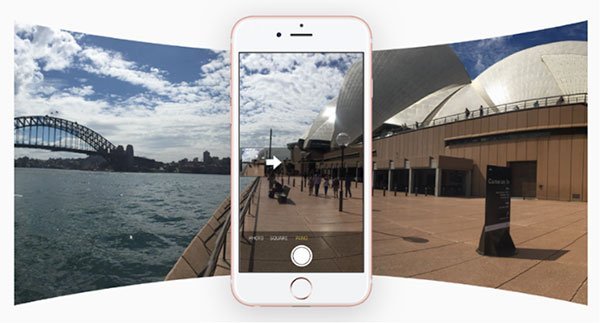 Although the smartphone is smart enough to take a 360 photo, the output is not as perfect as you thought. If you have DSLR cameras or camcorders, you can take pictures in RAW and a 360 photo accordingly. If you have utilized your smartphone to take 360 photos, you will understand that we cannot keep the smartphone steady when we take a 360 image. Just learn more detail about how WidsMob Panorama can do for you.

1. Offer an automatic algorithm to make panorama files. The program can auto-select photos by a group with EXIF or overlapping to achieve an optimal result.

3. There are multiple editing tools to adjust the effects of panoramas, add colors, frames, texts, and watermarks. It should be the best program to get panoramic pictures.

4. You can take a 360 photo with JPEG and RAW formats. And you can import photos from iPhone, Android, and digital cameras.

How to take a 360 photo for Digital cameras

Step 1. Open WidsMob Panorama and tap on Import to load the pictures to make a 360 photo from your smartphone. The Auto-Select by Group feature will detect the images automatically. Or you can click on the Shift button to select the photo manually.

Step 2. Once you select 360-degree mode, Photo Stitcher will stitch the picture to take a 360 photo. You can use another stitching mode to make the desired panoramic view accordingly.

Step 3. You can add some text and effects on the output by Text & Frame after the process, click on Save to store the 360 photos on your computer, or share to post them on social media.

360° Panoramas are the new method of explaining places and events. You can enjoy the experience of putting yourself in the middle of panoramic photography. What should be the secret to creating 360° panorama files? All you need is a 360° panorama maker. The best 360° photo stitchers create their own 360° panoramas. 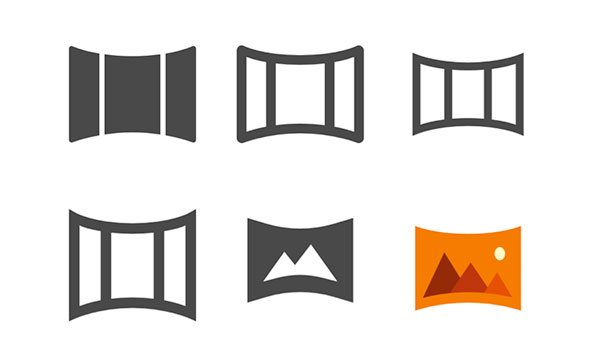 Whether you need to publish the 360° panorama to your blog or social media sites, you can load photos, RAW files, or even the video formats to create the 360° panorama. The 360° Photo Stitcher provides an easy method without any technical background. And powerful editing tools make the stunning 360° panorama.

Step 1. Click Import to load the photos to the program.

Step 2. The photos Auto-Select by Group by default. You can also manually stitch the images. And then click the “Stitch” button.

Step 4. Further edit the 360-degree images to adjust the effects and save the panorama to the desired format.

And you can click the Full Screen button to preview the 360° panorama files on your computer. Whether you have to take the full gallery preview or enjoy the landscape, you can use the 360° panorama of WidsMob Panorama. 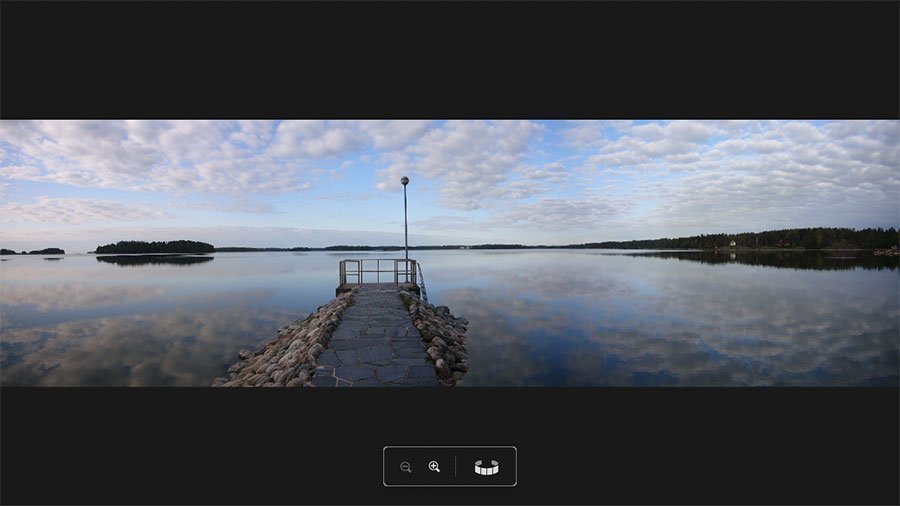 If creating seamless 360° panoramas or wide-angle panoramas, Panorama Studio should be an option. The program supports automatic alignment, enhancing, and blending of panorama images. You can import nearly all compact and SLR cameras to stitch the photos to 360° panorama files.

Step 1. Use the Import to load the input images of the panorama.

Step 2. Click the Align button and choose the Align a 360-degree panorama or Press F4 to create a 360° panorama.

Step 3. You can further edit the 360° panorama with mask features and other detailed requirements.

To align images correctly focal length of the camera, the lens distortion, and the position of the horizon have to align 360° panoramas. 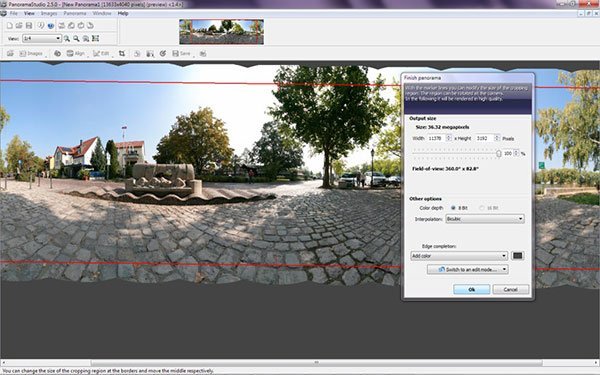 Step 1. Open the fisheye photos or even the normal photos with Panoweaver.

Step 2. And then choose the projection mode spherical or cylindrical to make a 360° panorama.

Step 3. When you get the flat 360-degree panoramic image, you can preview the file in the immersive viewer.

Step 4. Save and export the 360° panorama in various immersive players.

It should be a professional program to stitch photos with different types of 360° panorama. But it is difficult to blend the panoramas as for the newbies or amateurs. 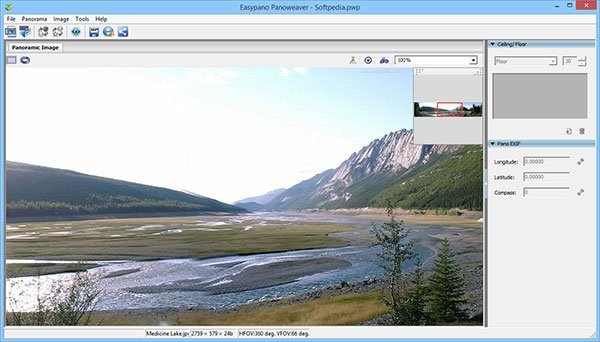 If you have an iOS device or BlackBerry 10, you can also use the 360 Panorama App of Occipital. When you take panoramic photography with 360 panoramas, you should make as tight of a circle as with a single smooth pass, choose the good over low light, and overlap frames 50% during capture.

Step 1. Install the 360 Panorama on your iPhone or iPad.

Step 2. Tap the Start button to spin in a circle. And watch the panorama view right for your eyes.

Step 3. And the application can stitch the photos as 360° panorama.

It is easy to take a 360° panorama file with the 360 Panorama app. But it is a little hard to stitch the photos into a stunning 360-degree panorama with the application. 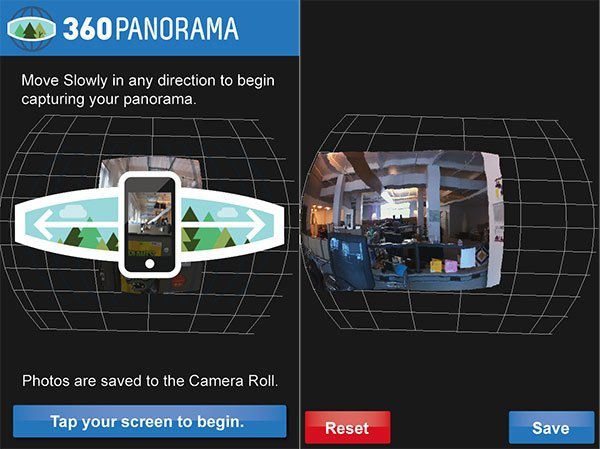 Panorama360 for Android is Instagram for Panoramas and the best app to capture 360-degree quality panoramas and watch 360 videos on Android devices. With Panorama360, you can easily create seamless panorama photos within seconds with a single tap.

Step 1. Panos can be shared and viewed via 3D viewer or flat images.

Step 3. All the capture would be non-compass.

While using the Panorama360 app on Android, you need to tap the Capture button and move your phone slowly and steadily from left to right. After capturing, you can find the frames stitched into one 360 panorama. 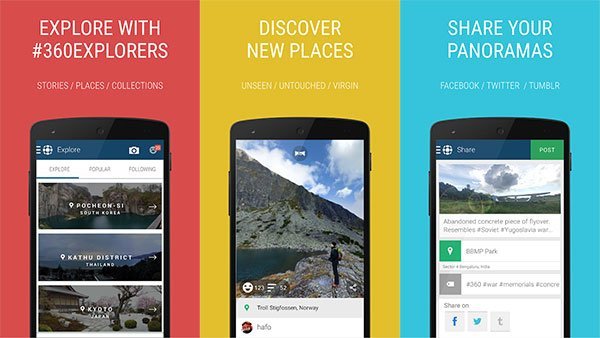 Whether you use a smartphone, digital camera, or fisheye lens, you can find the corresponding panorama software to stitch the photos for 360° panorama accordingly. And you can use the 360° panorama with photo players/ Flash players, insert the files to your website or upload the 360° panorama to social media sites.

Based on the introduction above, you might discover that it is not necessary to apply dedicated 360 cameras to take a 360 picture. Our smartphone is so powerful to take 360 photos. If you do not require an accurate 360 image, you can utilize Google Photo Sphere or the built-in Camera app to achieve the requirement. While if you need a more precise 360 photo, you can take multiple pictures by your smartphone and stitch them with the best Panorama 360 app mentioned above. The algorithm will produce a perfect 360 image.