As it name of the program, it is a gigapixel panoramic picture stitching application. It supports Windows XP/7/8 and Max OS 10.6 and above. Just learn more about the basic features of Gigapixel panorama software as below.

1. It has the ability to stitch and export panoramic pictures with high quality.

2. Users could use it to blend hundreds of HDR images in batch.

3. Gigapixel panorama software could help users to save the parameters for next project.

4. The GPU acceleration feature is useful when you stitch a large amount of images.

2. It supports many image formats, including RAW.

1. The automatic stitching feature is not accurate all the time, so you have to adjust it manually.

2. Compared to similar software, it is too expensive to afford. 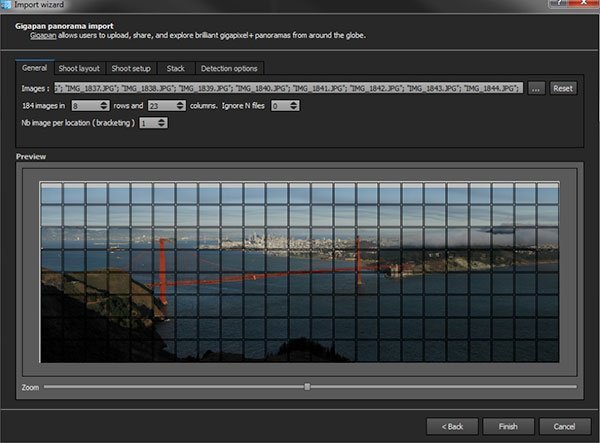 WidsMob Panorama is one of the smartest photo stitchers. And it also has the ability to create gigapixel panoramic pictures. If you are looking for an easy-to-use gigapixel panorama application with rich features, it is the appropriate choice with powerful editing functions to make panorama files. Here are the principal features of Photo Stitcher include:

4. It also offers the options to stitch panoramas manually.

5. You can utilize multiple stitching modes to create gigapixel panoramas, like 360°, Horizontal, Vertical and Tile.

6. The basic editing tools, including effects, color, text and watermark, are available as well.

7. You can save the panorama output on your computer or share it online directly.

Image Composite Editor is another alternative for Gigapixel Panorama Software, which was developed by Microsoft. So Windows users could enjoy it freely. It also supports to create high-resolution panorama, like gigapixel panoramas. And the basic features of Image Composite Editor as follow:

4. There is no limited on the number of importing photos.

5. It could read RAW format and other common picture formats.

6. It will not limit on the picture size when you create gigapixel.

8. Other basic editing tools, like crop, rotation, and so on.

9. The latest version allows users to preview gigapixel panoramas without limited by the screen resolution. 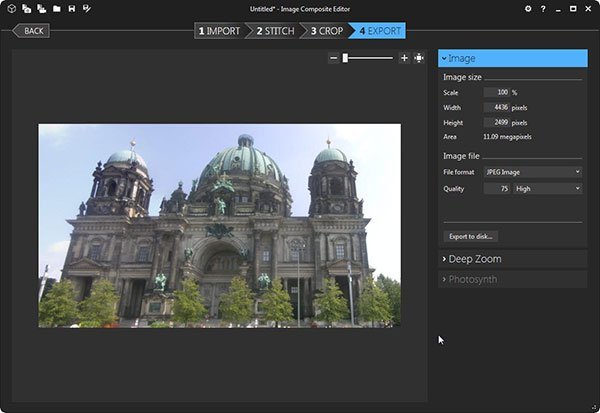 PTGui is a famous panoramic picture creator, and it also supports gigapixel panoramas creating. However the process of creating panoramas with PTGui is unique. It utilizes control points to align and stitch the panorama files. And here are the principal features of the program.

1. PTGui is compatible with Windows XP or later and Mac OS 10.7 with Intel processors or later.

2. It could run on the computers with only 2GB of RAM when creating panorama files.

3. The manual mode offers full control on the outputs.

4. Users could preview the outputs in real time when they set the effects.

5. It supports to stitch panoramas both horizontally and vertically.

6. You can import hundreds of photos to create multiple panoramas files at one time. 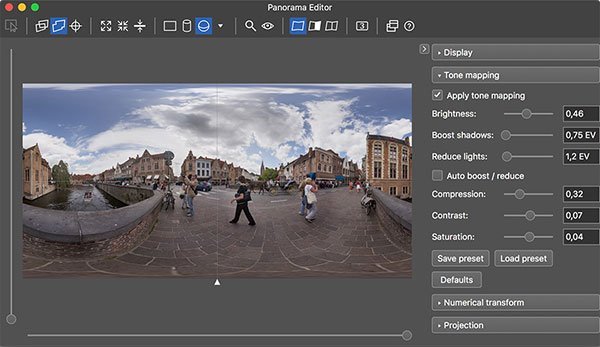 1. Gigapixel Panorama Software is a powerful application. However, there are too many limits to use it to create panoramas files. So you can try the alternatives program to make panorama files.

2. WidsMob Panorama is the smartest panorama creator. Everyone could enjoy the seamless creative experience; no matter you are an amateur or a professional photographer.

3. Image Composite Editor is dedicated to Windows users, so Mac users cannot enjoy it. Although it looks a little simple, beginners could use it to try the panoramas for fun.

4. PTGui is a unique gigapixel panorama application. The control point feature makes users to focus on details of the photos.