Even if you get a HDR camera, you still need to HDR software to merge photos with different exposures to a stunning HDR photograph. Just imagine when you are inside Vatican Cathedral, you can take advantage of the HDR software to enhances color range, brightness, sharpness, and shadow of a standard photo and adds more dynamic ranges.

WidsMob HDR is the HDR software for Mac. The HDR program is able to merges a bracketed set of image to gorgeous HDR image. You can include 3 images and align them into HDR by tone mapping. The automatic HDR sequences to align photos with awesome result.

How to edit HDR photography with WidsMob HDR

Step 1. Install and launch WidsMob HDR on your Mac. Press “Command” + “O” to add the images to the application. Or click the button “File”, “Open File”, then choose the images you want. 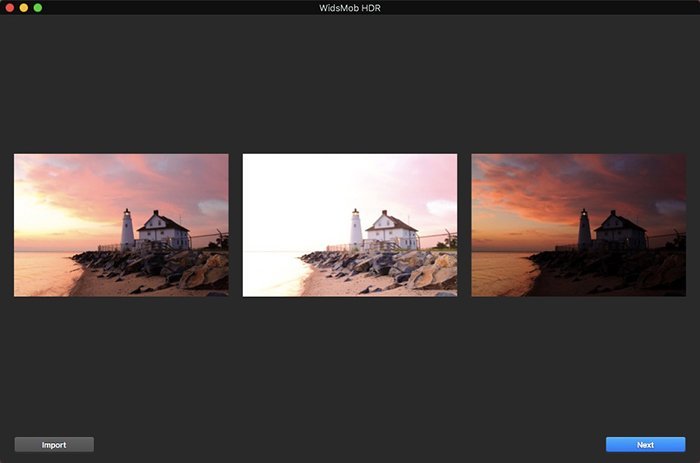 Step 2. Once you import the images, the app can auto align the images with the best solution. Here are some excellent features for you to edit your images. You can select the beautification level of your choice on all the following features. But please bear in mind that don’t adjust the number too high, or it will be unrealistic. 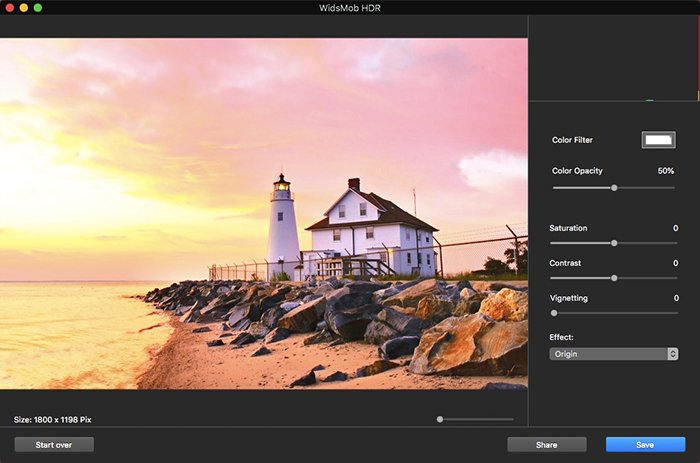 Step 3. If you have finish your edition, click the button “Save” then the job is done. 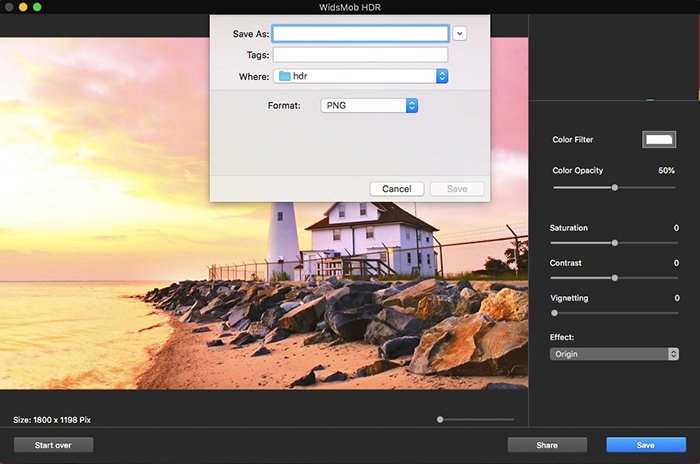 Picturenaut is another free HDR software that creates HDRIs from multiple exposures. It is released as donationware. If you are satisfied with the HDR software or use it in a commercial project, you should support the development with a donation.

But the major problem should be the hard to make any further edit, especially the problems with alignment of handhold images, it is impossible to de-ghost the semi-transparent HDR photograph. Another issue should be impossible to enhance the filter of the HDR photo after the combination. As for the case, you have to further edit photo after try the HDR software free. 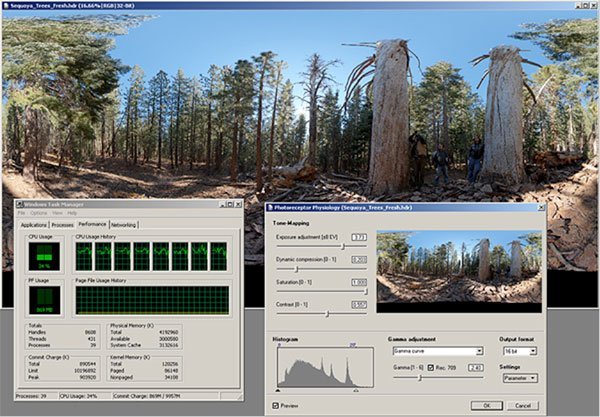 It is a little difficult and slow to use auto align the HDR images with Luminance. The initial controls are a little awkward but should be easy enough after getting used to. Just download the free HDR software to create one desired file. 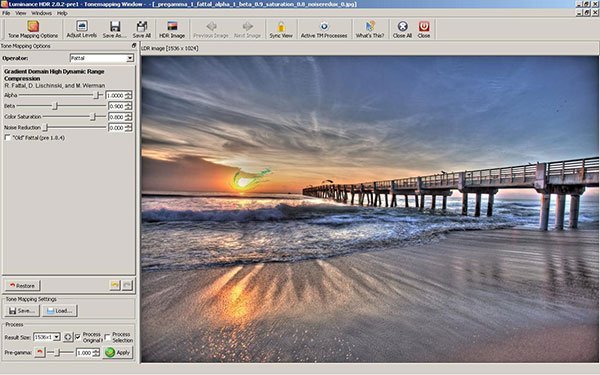 When you need to make HDR images out of a single image file, Machinery HDR is a right HDR software to handle the HDR filters. The program adds HDR effects by varying the range of saturation, RGB color, color scheme, etc. It also lets you batch edit HDR images.

Machinery HDR supports various image Formats, like: JPG, BMP, TIFF, PNG, DNG, CRW, CR2, RAW, NEF, and other RAW formats. If you are satisfied with the result, you can also purchase the full version in order to export HDR with large size. 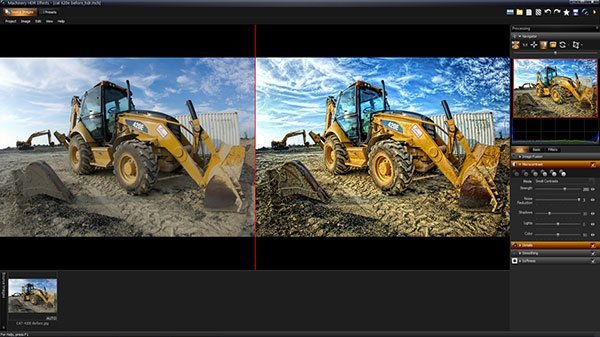 FDRTools Basic is the basic HDR software to create high quality tonemapped images for free. If you are a newbie to HDR photograph, you can use the Basic version first. Of course, you can also upgrade to FDRTools Advanced version to create desired files as well. 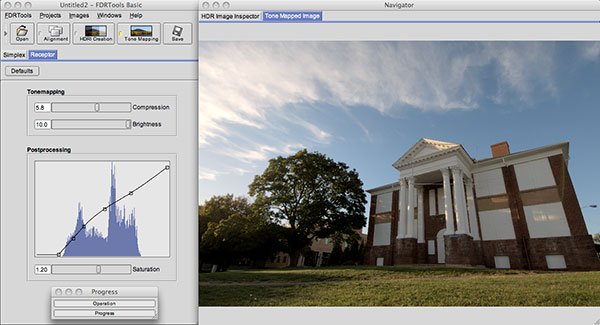 If you have already purchased Canon cameras, you can use the default HDR camera free. It should be another nice option for the beginner with Canon HDR cameras. You can have another check for the CD bundled with Canon cameras, the free HDR software is available for latest versions.

The free HDR program is able to load 3 images with different exposures for creating HDR images. And there is some limited parameter settings for the free HDR program in order to make a stunning result. If you are serious about HDR photographs, you might need another program instead. 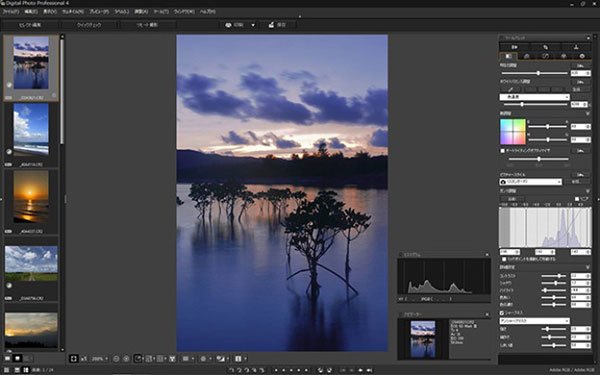 When you need to yield a good result with best HDR software, Fusion might be another solution. You can obtain the HDR photographs by using SUM operator rather than HDR operator. Another splendid feature of the free HDR software should be automatic alignment of photos.

Fusion HDR free version is a restricted version, the latest version of free HDR software is produced from Fusion 2.8.8. There is only one processing mode in summation operation, one tone-mapping mode in HDR operator, no processing tool or batch processing operator. And you can only save the result in JPEG in 32-bit with the free HDR program. 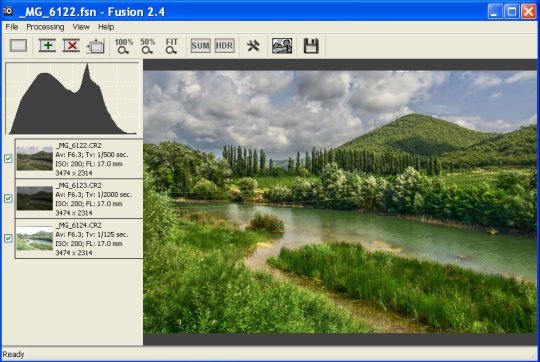 Photomatix has been the top HDR software for most people as it has four different tone mapping methods. It is easier to use, faster and has more presets for you to choose from. As it includes automatic working modes for those who don’t want to be bothered tweaking a dozen different values and also manual modes for picky photographers who prefer controlling every single detail. 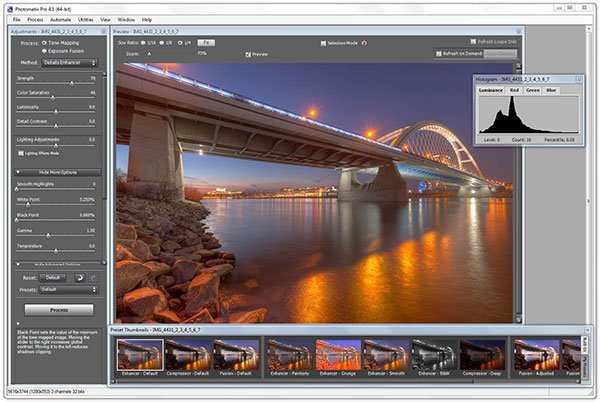 Aurora 2019 is the newest HDR software which is full of options with many different features to make it easy to produce good looking HDR images. It is supposed to be all-in-one software and it’s pretty close. There are many changes in the 2019 version that bring significant improvements. The program has been rewritten from the ground up to focus on things like speed improvements, better RAW image handling and a more user-friendly interface.

Aurora HDR 2019 supports JPG, JPEG, PNG, TIFF, RAW (NEF, CR2, RAF, ARW, etc.). With the basic export function you can create an image file and save it in the following formats: JPEG, PNG, GIF, JPEG-2000, TIF, PSD (Mac only). It also can be used as plug-in for Lightroom, Photoshop Element, Apple Aperture and Adobe Photoshop. 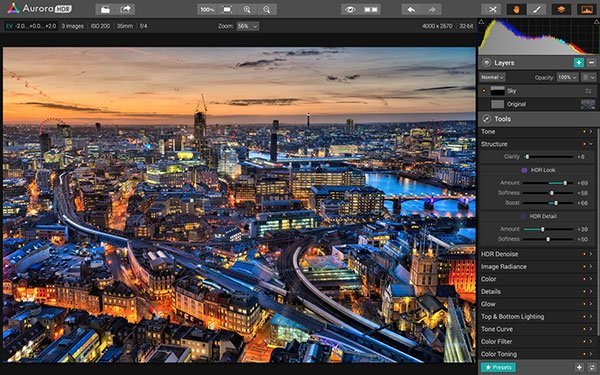 EasyHDR is one of the best and easiest software to use for producing beautiful HDR images. It has been around since 2006. The software is very quick and easy install with straightforward and simple operation user interface. EasyHDR is capable of tone mapping single photographs, which is especially useful in case of developing raw images.

EasyHDR can let you get neat results even if the photos are taken in very difficult lighting conditions. The program is capable of importing various file formats: JPEG, TIFF, FITS (used in astrophtotography cameras), Radiance RGBE (HDR image) and nearly all digital camera RAW formats, by all vendors. 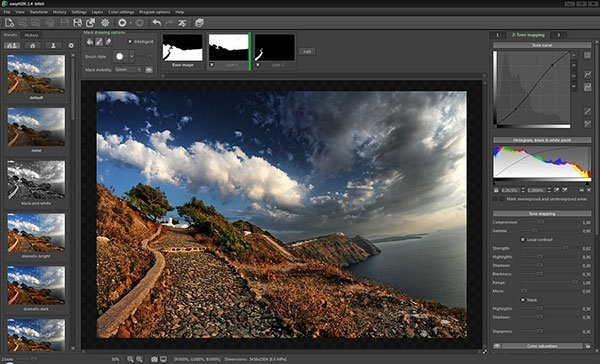 When you need to composite photos into HDR photographs, you can use HDR software. If you only take one photograph, you can still apply HDR effect to create similar high dynamic photo result. And you can leave a comment if you have any query about the HDR software, I will find a solution for you as soon as possible.