HDR Video – Everything You Need to Care About [Updated]

In the past few years, 4K video continues to increase in popularity. And HDR video is another trend in display technology recently. What is HDR video? You have to create a video in HDR by yourself? The article just shows everything you should know about HDR.

Part 1. What is HDR Video 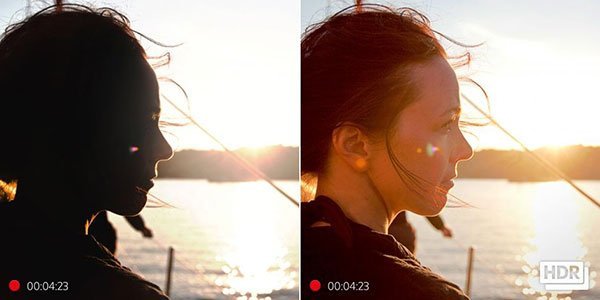 Before explaining the HDR video, you should know more detail about HDR or the High Dynamic Range of photography. What is HDR video? Usually, the HDR video mentioned is an HDR stylish video with a special filter as post-production. But some HDR cameras have a super cool dual 3D lens or HDRX mode, which can shoot for the same stuff with different exposure and merge them into an HDR video.

If you take it for granted that video HDR is similar to photo HDR, it should be beyond your imagination. Video HDR differs from photo HDR in significant ways.

Usually, the HDR photographs taken for static stuff will avoid any blur for the merged HDR photograph. When you film an HDR video, you cannot use a tripod to make the shutter speed between each frame.

HDR video is purely an HDR filter that applies to the original video to an HDR stylish video. HDR videos should be taken as flat as possible, and then the HDR effect takes heavier color grading and processing in post-production.

HDR video can shoot by dual-lens or even by two HDR cameras with different exposure. It is a procedure to set up the HDR cameras to shoot for the same stuff with various photo exposure.

Part 2. How to Create Video in HDR

There are multiple methods to create an HDR video with different exposures. You may need some special skills and devices. Just learn more detail about how to create a video in HDR.

If you need to create an HDR video, a professional HDR camera should be the easiest method. The HDR camera support HDRX mode can provide a second, under-exposed frame (known as X Frame) right after the first frame (known as A-Frame). And the X Frame is combined with the A-Frame in post-production to create an HDR video with an extended dynamic range for color grading since the videos shot at a frame rate of 24 frames per second might still cause some blurs in the output of an HDR video. 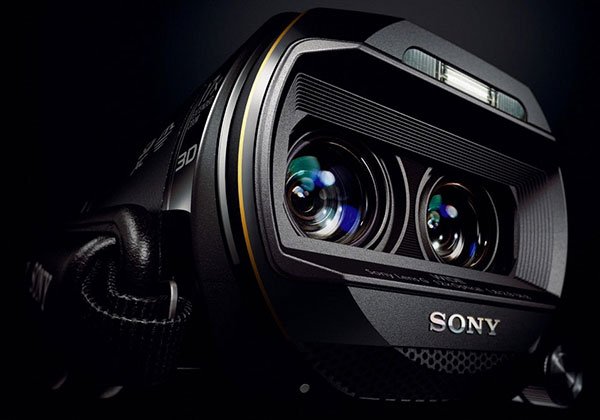 When you have two HDR cameras, you can also create an HDR video by setting it differently. You can use underexposure for one video while overexposure for the other. And point them at the same stuff. To make a perfect HDR video, you should also adjust the beam splitter to avoid any visual offset.

Part 3. How to Apply HDR Filter

Applying an HDR filter to create a video HDR is not an easy task. You should either use the ISO-based bracketing method or HDR time lapses to get HDR video footage first and then you can edit the captured HDR video footage similar to an HDR video.

The ISO-based bracketing is a way to capture HDR video footage with Magic Lantern and a DSLR Camera. Rather than modulating the exposure with shutter speed, Magic Lantern’s solution brackets the exposure using ISO.

HDR time-lapses are something shot by almost any DSLR. If you’ve got a non-Canon DSLR or want a less hacky intro to HDR video, playing around with HDR time lapses is a good option.

HDR10 is the first HDR video format supported by all TV brands. For HDR video content, HDR10 is also the default HDR format on Ultra HD Blu-ray and all OTT video streaming services, which include Netflix, Amazon Video, and Vudu. Moreover, the game consoles like Sony PlayStation4 Slim/Pro and Microsoft Xbox One S/X can handle HDR10 output.

HDR10+ is the dynamic metadata extension to HDR10 developed by Samsung. In March 2017, Samsung announced their HDR format would be a license-free open standard. And then Amazon announced to be the first HDR10 content and service provider partner, coming up by Panasonic and 20th Century Fox as other two members. HDR10 has been a hot topic on HDR video format in these years. However, there is no content with HDR10 compatible yet. The same situation happens to Ultra HD Blu-ray.

The most mentioned HDR formats would be HDR10 and Dolby Vision. The only two rarely relevant formats are HLG (Hybrid Log-Gamma) and Philips/Technicolor SL-HDR1. These two are not widely used as the HDR standard format in the market currently.

Netflix and Amazon video would be the first place to look for HDR. Most video streaming sites lack HDR content. Even on the few that have it, only a handful of shows and movies (much fewer than ones in 4K resolution.) are actually in HDR. Please keep in mind all HDR content is 4K, but not all 4K content is HDR. Here are all the main places you can find HDR content today.

Amazon has the most content today among all the streaming services. And HDR programming in Amazon will have a little HDR logo with it or one for Dolby Vision. You can look for the “Ultra HD” version of the show to find it. What you may need would be a Prime subscription or money for individual movies.

Netflix has less content in HDR right now than Amazon. You can search for HDR and may find it does not return all the HDR titles. You will need the 4 Screen Netflix plan to get the HDR content. 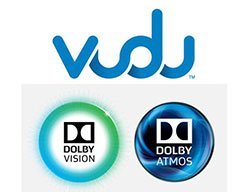 Movies with HDR in Vudu would have the Dolby Vision logo, but not on the main search page, only on the movie’s page. Vudu only offers Dolby Vision HDR that means only certain LG and Vizio TVs can display its HDR content. Vudu’s HDR movies are not available on any external devices yet. So you can watch Vudu in 4K on some Roku boxes.

YouTube, the most popular streaming video service on the web, is the latest on this list to support HDR. The service offers just a couple of HDR videos right now, although you can find plenty of videos labeled HDR on YouTube (most of them are not HDR videos). Since any creator can upload HDR video to YouTube, it may not be easy to identify if it is a real HDR video or not currently.

Part 6. How to Make HDR Photos

Besides HDR videos, if you want to add HDR effects to your photos or combine a series of bracketed images, WidsMob HDR is a versatile method to make HDR photos. It has auto-alignment, tone mapping, ghost suppression, and more to merge photos into a standard HDR. Moreover, you can choose the different HDR presets and adjust the multiple HDR parameters. 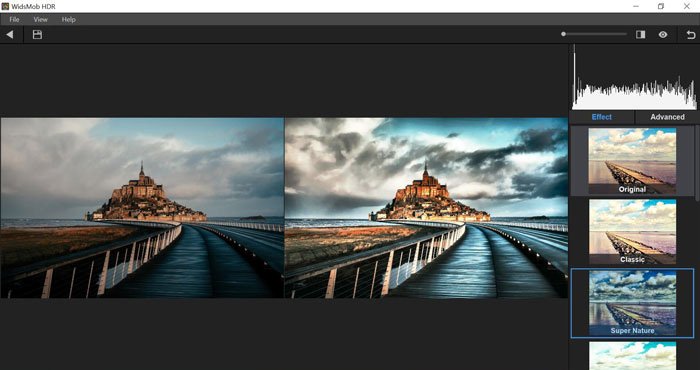 With the advanced technical, HDR video will be easier to achieve. Soon you might use your mobile phones to create stunning and real HDR videos as a professional HDR photographer. If you just need to start with an HDR photo, WidsMob HDR is the desired program you can choose.