TIFF File Format – Things You Should Know About

What is a TIFF file format? What are the differences between TIFF and other photo formats? To take advantage of TIFF files, you should learn more about the file format beforehand. Here is the detailed comparison between TIFF, JPEG, PNG, GIF, and RAW.

Once you get the information about TIFF, you should find the best TIFF viewer and manager to view, convert and manage the files with ease. Just read the article and get the desired information accordingly. 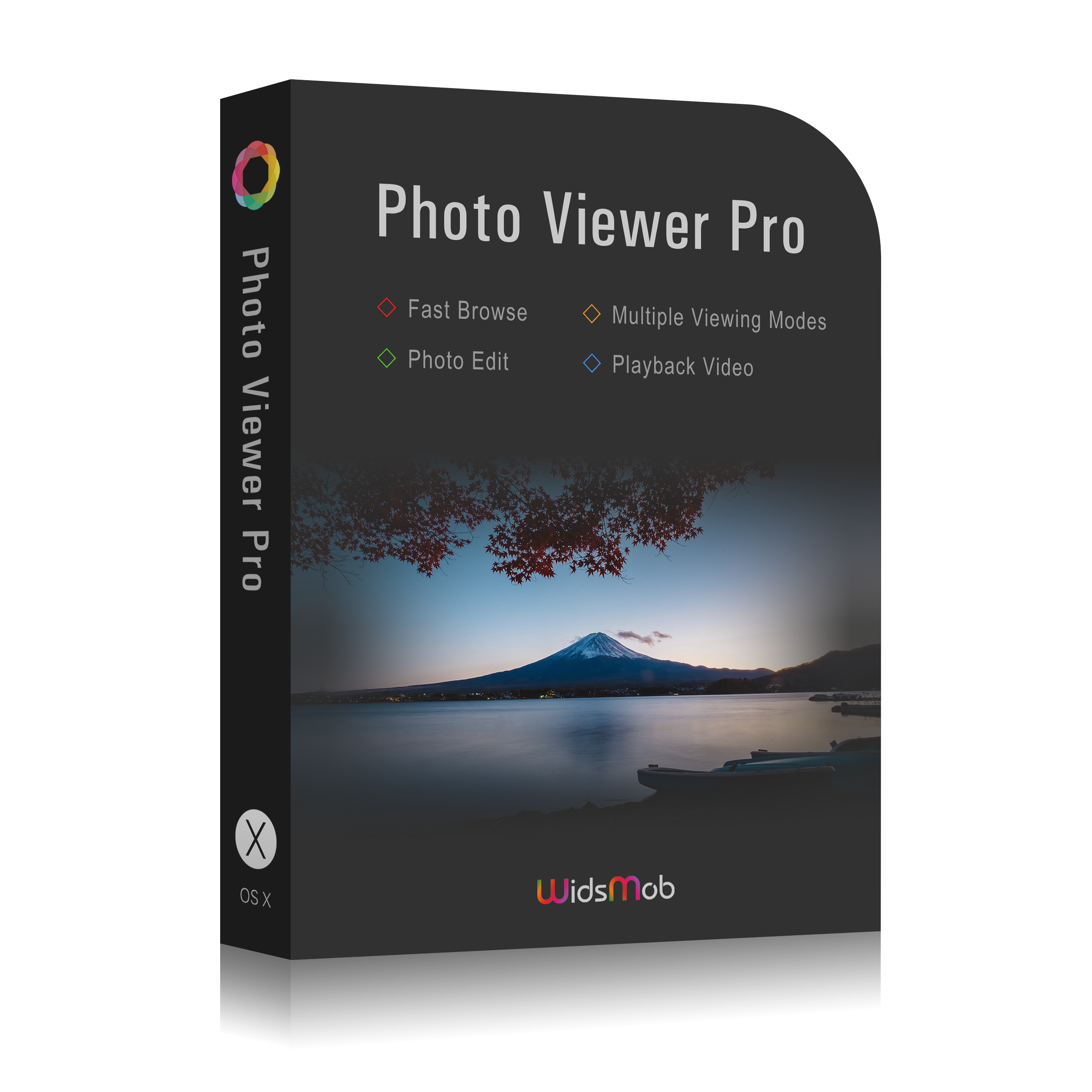 WidsMob Media Viewer - View single image, multiple images, folder-based images, and videos in incredible fast speed and simple operation with various viewing modes. You can browse all your photos (including RAW files) and videos in one window without extra clicking and operating.

TIFF is short for Tagged Image File Format, which uses lossless algorithm compression to preserve image data. It was Aldus Corporation that had raised TIFF consciousness in 1986. After that, more and more people devoted themselves to promoting TIFF versions. TIFF extensions include TIFF/EP, TIFF/IT, TIFF-F, and TIFF-FX. The complete name of TIFF is tagged image file format, which is a computer file format to store raster graphics images. People have applied tagged image file format into many fields since it is the widely used image format. The publishing industry and digital photographs are the two primary stages.

TIFF file organization contains IFH (image file header), IFD (image file directory), and bitmap data in three sections. You may hear BigTIFF before, though the name is funny. BigTIFF is one of the ongoing attempts for TIFF files. TIFF tags are short photo descriptions, such as TIFF code, name, LibTiff name, and data type. Using TIF format to save photos can preserve the high image quality with low noise influence. In addition, the images save as tag image file formats of TIFF or TIF extension. Therefore, TIFF and TIF can both represent tagged file format files.

TIFF format can preserve photographic images in high resolutions. You will find that the TIFF images will be as the source websites show, which has no decrease in image quality. As a result, the image size is large than JPEG or other image formats. In addition, TIFF files have a depth of 16-bits and 8-bits channel, and numerous layered can save in the single TIFF format. However, you need to install a TIFF viewer first before opening TIFFs. TIFF retains high image quality for image printing. So many photographers will choose TIFF compared with popular JPEG for photo editing. Therefore, in the TIFF V.S. JPEG printing, TIFF is relatively better than JPEG. Professions always use TIFF to publish or record objects in detail. 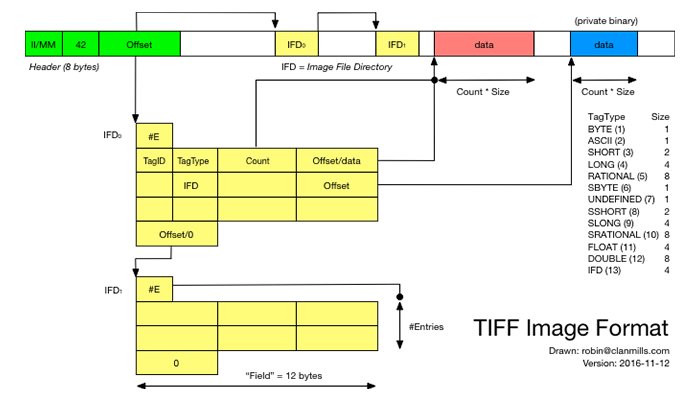 What should be the differences between TIFF and other photo formats? Though image formats are similar, you had better figure out their difference. You may not consider before which image format to save as after image editing. The same pictures in different image formats can be blurring or not. Moreover, have you ever noticed the reason for the same image in various image format extensions? Each photo format has its representative advantages. You can realize to apply.

JPEG stands for Joint Photographic Expert Group. You can store images in JPEG format for unlossy compression. Moreover, JPEG files achieve 10:1 compression to compress images with perceptible loss about image quality. As for PNG (portable network graphics) files, it is a raster graphics file format. You can use PNG photos to convey millions of colors. And GIF is a graphics interchange format and a bitmap image format. However, GIF files can only express 256 colors with web graphics. The RAW file format preserves the original data for the photos, which is much better than all the above photo formats.

JPEG is the frequently appearing image format for people to see, while TIFF seems less popular than JPEG. TIFF versus JPEG alternative has many differences. The obvious one is that TIFFs take larger memory space than JPEGs do. TIFF V.S. JPEG for photos can distinguish which one is better in degree. TIFFs and JPEGs are both frequently chosen in different cases. Thus, you can get various aspects to compare TIFF and JPEG. After that, you can decide how to use the TIFF V.S. JPEG alternative for image editing.

1. Almost all digital cameras can save shots in JPEG formats. However, TIFF image formats are not as popular as JPEG to support digital shooting equipment.

2. TIFF can retain image data with lossless compression, while the JPEG compression algorithm will hurt image quality. Consequently, we can determine TIFF or JPEG has better quality.

3. JPEGs do not support you to open and store the same JPEG images several times. Because of lossy compression, each editing will reduce image quality. TIFF is suitable for image editing compared with TIFF and JPEG comprehension.

Actually, the more you compress JPEG images, the more blurry your JPEG file will become. As for TIFF documents, things will not change to compress TIFF photos or not. Your image data will always be there. Thus, the main TIFF V.S. JPEG difference is image resolution and file size. In most cases, if you do not open JPEG files, the differences between JPEG and TIFF are not easy to see. 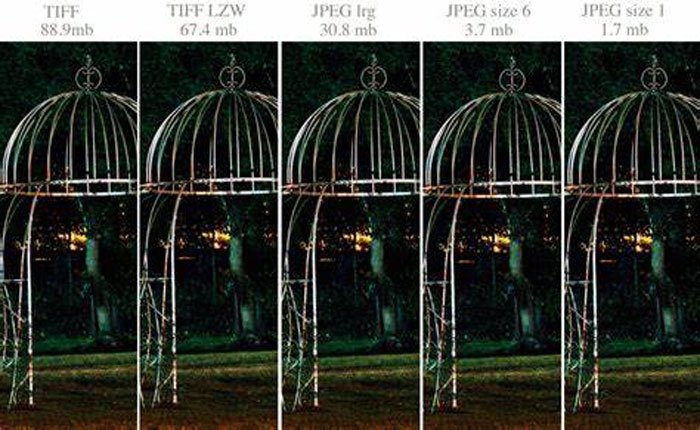 PNG (Portable Network Graphics) can share on the web, which is the drawback of TIFF. Being the other lossless image format, PNG is the improved replacement GIF. Many photographers and graphics amateurs choose PNGs to get transparency options. You can overlay the PNG to the background to give the overall image with the 3D quality. Among the file size in TIFF, JPEG, and PNG, JPEG is the small size format. Thus, the highest image quality among TIFF versus JPEG versus RAW versus PNG is RAW. And the most memory disk space-saving format is JPEG.

RAW files own higher image quality than TIFF images and JPEGs. You can get more shades of colors and better representation of image features, such as white balance, exposure, and so on. You cannot compress RAW files. RAWs are as lossless as TIFFs and have large image sizes among TIFF V.S. JPEG V.S. RAW. Some photographers also choose RAW images as digital negative to store original images. One disadvantage of RAWs is similar to TIFF files. RAW and TIFF are not enough. Thus, not all image editors can open RAW directly. Because of the fantastic film quality of RAW format, RAW will fill digital camera memory cards.

As a result, you cannot apply GIF images to subtle colors, just like icons and buttons. PNG photos are suitable for small files with original quality, such as logos. JPEG is the most supportive image format among those four image formats. The image quality will reduce as well after you edit. So if you do not mind image size, you can choose tag image file format image files to express colorful impressions with high image quality. 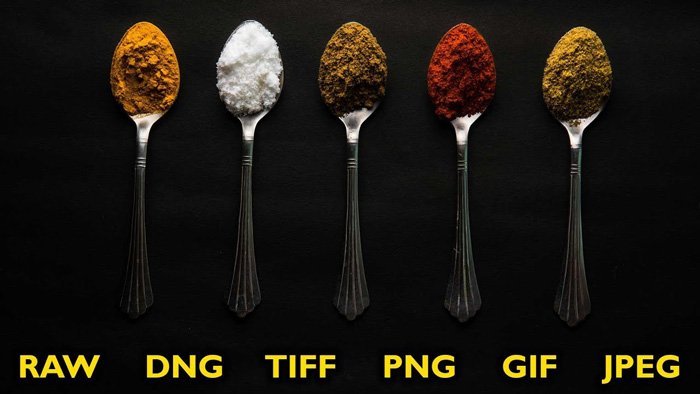 Part 3: How to view and convert TIFF files with ease

Can you find a better TIFF viewer after knowing TIFF and other formats? Even convert other photo formats to TIFF? WidsMob Viewer Pro should be the best TIFF viewer and converter you have to consider. It is a versatile media viewer, which you can view, convert and manage photos and videos with ease.

1. Import one file into the program to view all media files within the same folder.

3. Convert JPEG, RAW, and other photo files to TIFF, or vice versa.

4. Apply photo effects, edit the photos and even manage the photos.

Step 1: Download and install WidsMob Viewer Pro. You can launch the program and click the Import button to add photos and videos into the photo viewer, including TIFF photos. It supports most of the photo formats and video formats. 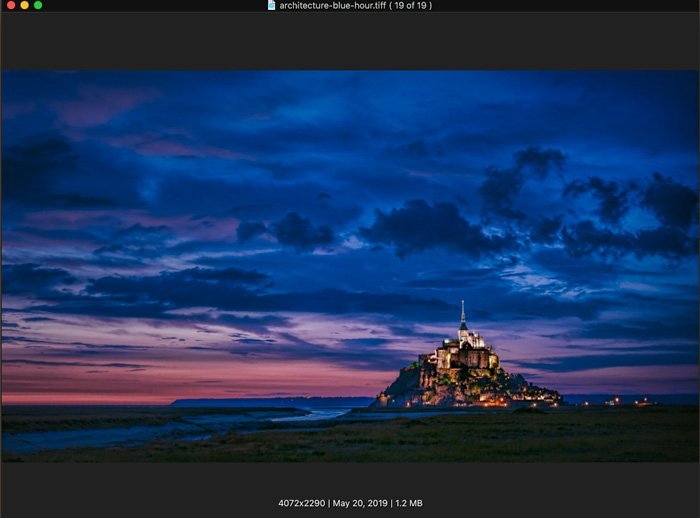 Step 2: After that, you can adjust the different parameters or apply some presets for TIFF photos. Moreover, you can also take advantage of the thumbnail mode to delete unwanted files or create a slideshow with the program. 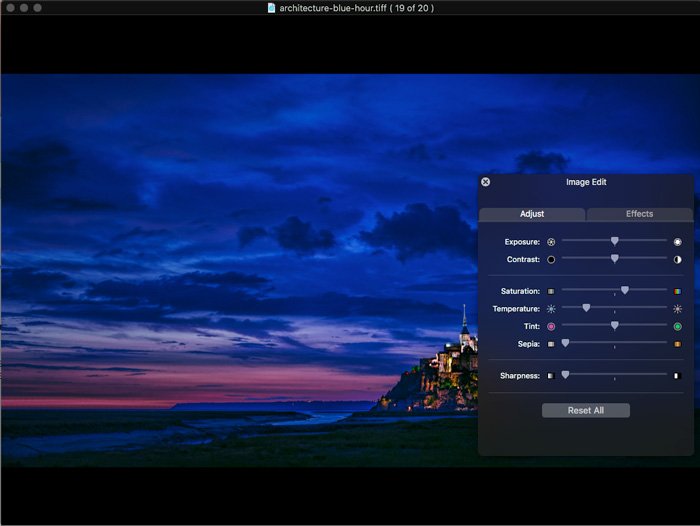 Step 3: If you want to turn RAW or JPEG into TIFF, you can simply click the File > Save as… to save the photos to TIFF. Moreover, you can also convert all the images to TIFF with high quality in a batch process from Edit > Batch > Batch Convert…. 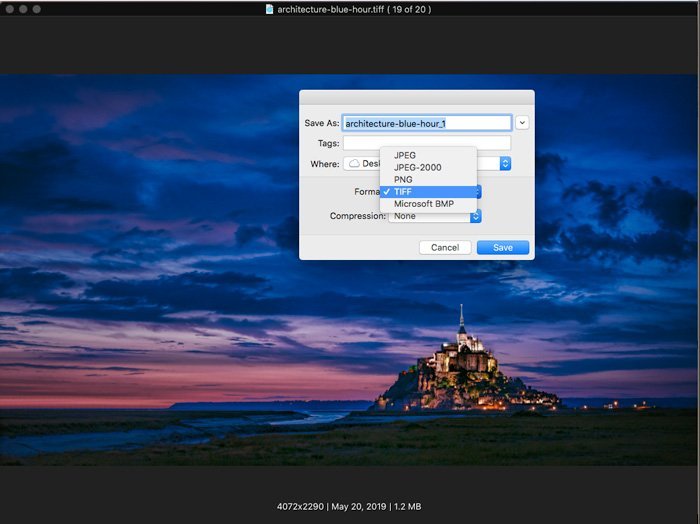 The article is the ultimate guide about TIFF. You can learn more about the TIFF file format, the differences among TIFF and other file formats, the best TIFF viewer, manager, and TIFF to JPG converter. If you have any queries about TIFF, you can share more detailed information in the comment.