Get tired of simple photographs? There is a way to make magic effects to your normal pictures, which is overlaying photos. You can combine your selfies and high-resolution landscape pictures on Facebook and announce that you have just traveled abroad to trick your friends. You can also create some fantastic superimpose images with several images to overlay photos with specific photo effects. The latest choice to overlay an image has three directions: Adobe Photoshop on PC, an online photo overlay editor, and a photo overlay app.

If you want to overlay photo easily on your computer, you can choose WidsMob ImageConvert. It is an easy-to-use editing tool. Even novices can process images in high quality with ease.

2. Convert PNG, JPEG, HEIC, TIFF, and most of the RAW file formats.

3. Shrink the photos to a smaller size as well as to enlarge the small photos.

Step 1: Download and install WidsMob ImageConvert. Launch it on your computer. Drag and drop the photo you want to overlay to the program. 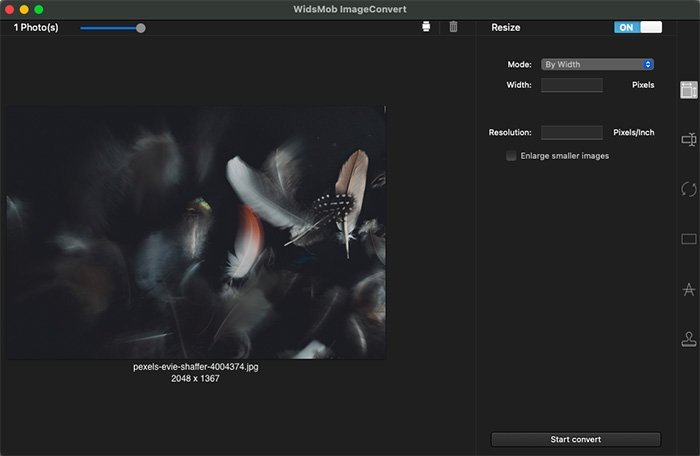 Step 2: After adding one photo, click the Stamp icon on the right sidebar and enable the Image Watermark by sliding the Slider to the ON. 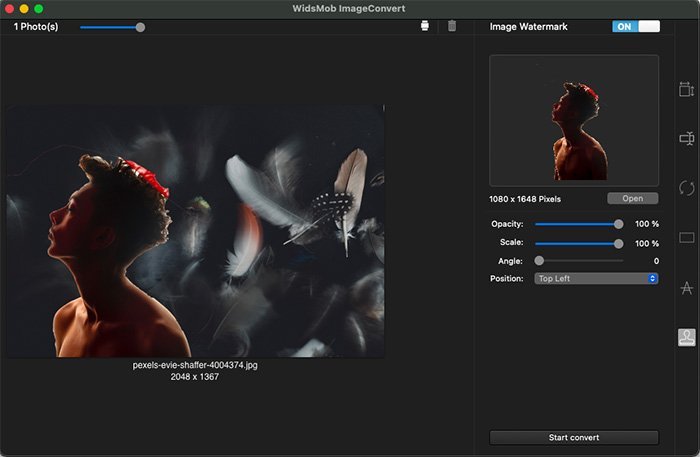 Step 3: Click Open and overlay the photo to the background photo. You can adjust the photo size, opacity, angle, and position according to your need. 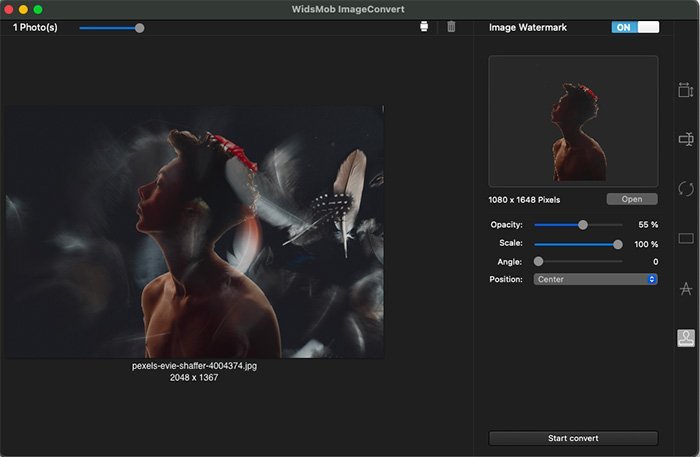 Step 4: Click Start Convert on the bottom right corner. Set the destination folder. Specify the output format as JPEG or more. You can also change the image quality from the least to the best freely. Later, click Export to save the overlay image. 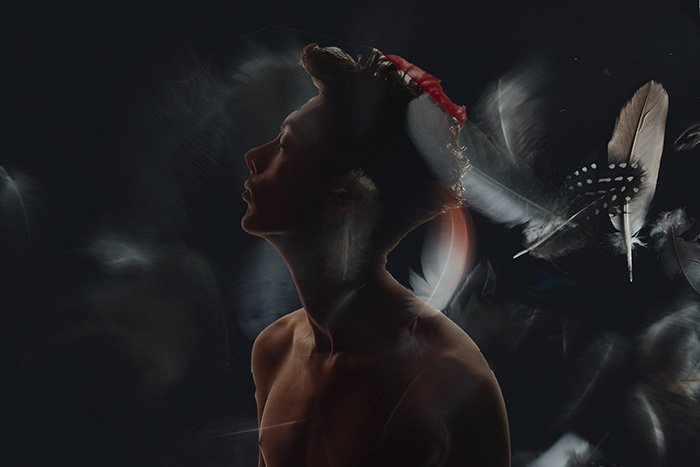 Part 2: How to Use Photoshop to Overlay Photos with Different Levels

Adobe Photoshop is a photo editor to overlay photos or superimpose photos. Just learn more about 3 different methods put a picture on another picture via Photoshop as below.

When you need to combine two images, you can use the layer opacity option. In this case, you have to define the background and overlay layer. Follow the method to overlay photos as below. 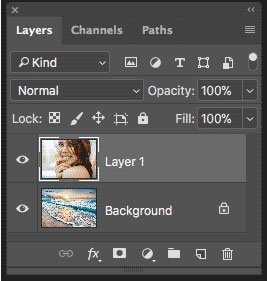 Step 2: Select the overlay layer and click the Opacity option to default as 100%. You can adjust the opacity from 100% to 75% or less. In this way, you can blend and overlay images together with ease. 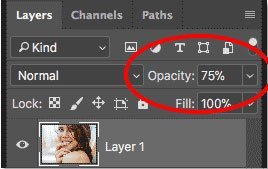 When you adjust the opacity, you can get different effects for the output. Moreover, you can adjust the overlay value directly from the keyboard to speed up the workflow.

If you need to change the background of the overlay image, you can try the Layer Blend Modes of Photoshop. It is helpful for overlay photos with a texture. Find more details below now.

Step 1: As for the mode, you have to set the overlay photo as the background layer and the texture one on the above one. The Blend modes in Photoshop enables images to have different interactions with each other. 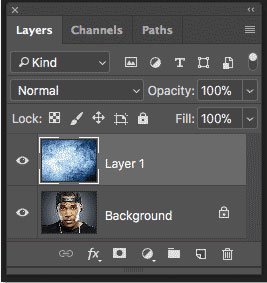 Step 2: Choose the Overlay mode that blends the two layers to increase the overall contrast. Of course, you can also try the other blending modes, such as Screen, Multiply or Soft Light to view the photo overlay effect. 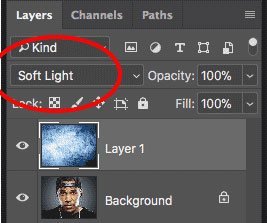 Of course, you can also more other blending modes to put a picture on another picture. Moreover, you can also take advantage of the Opacity to get a satisfying photo overlay effect with ease.

Apart from the two above photo overlay solutions, it is hard to blend the photos via the Layer Mask. It is by far one of the most popular methods for merging two images. Here are the steps you can follow.

Step 1: Follow the same method to load the two images into Photoshop. As for the way, you have to background image and the overlay image above the background one. 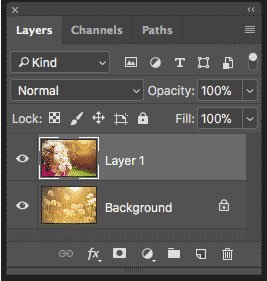 Step 2: To add a layer mask, you can choose the overlay image and click the Add Layer Mask icon at the bottom of the Layers panel. There is a layer mask thumbnail appears next to the layer’s preview thumbnail.

Step 3: After that, you can select the layer mask and choose the Gradient Tools from the Toolbar. Go to the Options Bar and click on the down-pointing arrow next to the gradient swatch.

Step 4: Choose the Black and white gradient from the Gradient Pick option. Asure the layer mask, not the image itself, is selected by clicking on the layer mask thumbnail. You should see a highlight border around it. 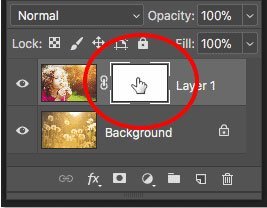 Step 5: Click on the right side of the image and drag horizontally over to the left. Press and hold your Shift key as you drag to move straight across to apply the overlay image effect.

When you need to overlay a photo on your smartphone, how to superimpose one image to another? Superimpose app can image effects on overlaid images.

Step 2: Turn to the Mask menu. Use the magic tool on the right pane to remove unnecessary portions. Later choose Lasso tool and shapes to frame the foreground objects.

Step 3: Go to the Transform page, which you can resize, rotate, move and adjust the aspect ratio manually.

Step 4: Use Filters to create specific photo overlay effects. Finally, Save your superimposed photos to the photo Gallery.

It is fun to use fingers to draw and create photo overlays on portable devices, including iPhone and Android smartphones. 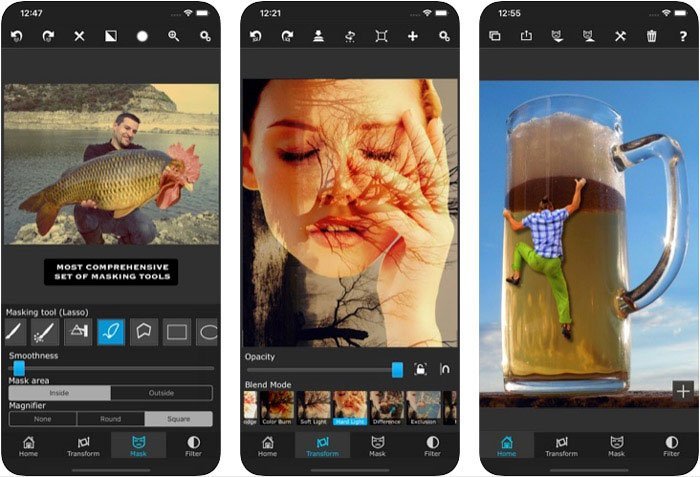 BeFunky is another online method to put a picture on another picture. You can also use different shapes and patterns on your photos to add another level of creativity. Just learn more details about the photo-superimposing method as below.

Step 2: Click on the adjustment bar to change its Color, Opacity, and Size. You can also move the overlay around the image by clicking and dragging it with your cursor.

Step 3: Adjust the slider to resize the overlay frame, tick the blue checkmark icon to overlay photos with ease.

There are also many fun photo edit filters contained in the online photo overlay editor. Therefore, have fun with these filters and with various filters to create new photo effects for free. 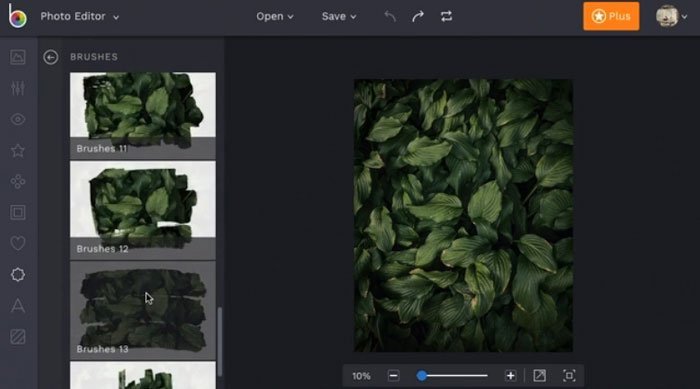 When you want to put a picture on another picture, Photoshop is always the first choice you can consider. Besides the 4 frequently used methods to overlay photos via Photoshop, you can also learn more about the other ways from the article.